willie's houseboat, or why you should have a blog 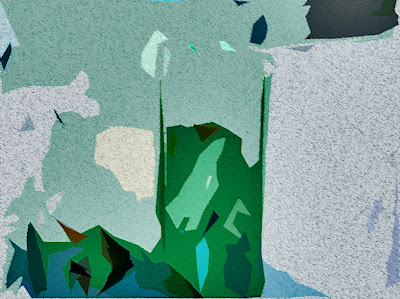 Yesterday, working with my writer kids, I asked one of them about progress on a story, and the topic came up about making and devoting time to writing.

So I got a little bit preachy, I guess.

But here's the thing (and, as always, there will be plenty of pitchfork and blazing torch-wielding writers -- mostly members of the Church of the Holy Writer's Block -- out there who disagree with me. And... is it just me? But I always thought those angry-villager torches were really cool. Must. Have. One.)... I write every day.

I have a routine. And I stick to it.

The thing about most non-insane people who want to run a marathon is that they don't just pop out of bed one day and say, hey!!!! I'm going to go run 26.2 miles today!!!

They train up to it over time, running, working out, and contributing to their abilities every day.

That's what young (or anyone who has a goal or desire to one day actually complete something like a short story, novel, or screenplay) writers need to keep in mind:

So, I suggested to my kids they try to establish some kind of routine: set aside fifteen minutes per day over an initial period of time and just write.

A good way to do this -- especially for kids, who are so connected to technology -- AND PARTICULARLY FOR BOYS (sorry, I really despise people who lock their caps), is to set up a blog on one of the many free hosting sites out there (like... ahem... Blogger).

A blog is a good way to have that space that you can go to, jot something down, and save it forever. Nobody even has to see it. You don't NEED to have an audience if you don't want one. But blogging is a great way to build discipline and get into a regular routine about writing... not that you should expect to write brilliant stuff on your blog (even though you probably will).

That's why you should have a blog, kids.

Here is what will definitely work (and I promise you this, so listen up):

Start off by just setting a goal to write something every day for one week. It could be as vacuous as describing the best meal you had that day, what you saw outside your window on the drive to school.

I swear to all things holy, kid, you do have something you could tell me about for fifteen minutes of your writing day.

Okay. Then, when you get to post number 7, day number seven, TAKE A BREAK.

Then, maybe after a few days off, try it again.

Eventually -- like a marathon -- see if you can do it for an entire calendar month.

Fifteen minutes. That's all. Some days, you may only get a haiku's-worth of stuff down. Some days (I promise), you'll look at your clock and say holy shit!!! Have I actually been writing for TWO HOURS???

Once you start doing anything every day for one month, it has become a habit.

THAT'S why you want a blog.

It's like a set of weights in your home gym.

And nobody has to watch you work out. But, after a while, people will notice the change in your physique. You can transform yourself.

But you don't do it by thinking about it.