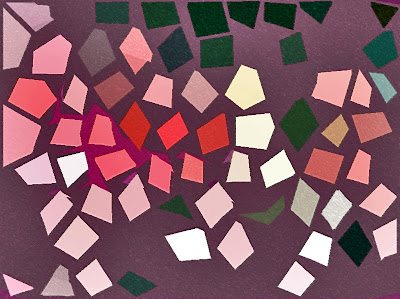 On the book blogs, I have seen some pretty nasty stuff.

Most of the nasty stuff is expressed by very inarticulate and poorly-informed, frequently self-impressed people. Sometimes those people are the bloggers themselves, and sometimes they're the post writers in the comments threads.

Anyway, yesterday I posted a tweet (ugh, hate that word) of support for a blogger who had a really nasty anonymous comment posted on his blog. I said that if I ever reviewed blogs, that his would be one of my favorites.

I've often thought about reviewing book blogs, so I gave his blog a quick score and I challenged other bloggers if they had enough guts for me to review their book review blogs.

I didn't think anyone would take me seriously, but I got a number of requests.

I just thought it would be kind of cool if actual, professional, paid-to-do-what-we-do, published authors reviewed book blogs and then gave recommendations as to whether or not they should be followed.

It's not a tit-for-tat (hate that word, too) thing. It's just that some blogs are really really shitty -- for a number of quantifiable, and, I think, justifiable reasons. And some book blogs are really great.

I enjoy reading Brent Taylor's Naughty Book Kitties blog, and I posted on twitter a made-up score for his blog that I'll explain (because I think it's a good blog and I'm not going to name any of the ones that I think are total failures).

So, if I actually posted my rubric for deciding whether or not a blog has any merit, my scoring grid would involve the following categories:

1. Content (Obvious enough) -- I would rate the content in two major categories. First, voice: Does the blogger have a unique voice -- a way of expressing himself/herself (and I'm not going to persist with the him/her pronoun nonsense)? Could you tell what blog you were reading if you only had black-and-white text in front of you? Does the author's voice connect to his readers?

Obviously, Brent's blog rates very high in these areas, if you've ever read it. Most blogs sound like blahhhhhhgs. Yeah... the vast majority of them sound exactly the same.

The second area of content is the tough one, where a lot of the blogs I read get failing marks: mechanics. Does the blogger know the difference between your and you're? Their, there, and they're? Does the author know that apostrophes are for possessives (but NOT on it's) and contractions and NOT plurals?

Grammar, mechanics, and spelling are huge fail-points on blogs for me.

If you're going to review the written word you sure as hell better be able to... um... write. And if you can't write, shut the hell up and go review your fifth-grade grammar books.

A reviewer who lacks the mechanics of writing is kind of like a surgeon with woodworking tools -- everyone knows the guy can cut, but he's not equipped to do the job.

Brent's a good writer (hey, kid... you should enter Anne Mazer's Spilling Ink Young Writers' Contest), even though I did notice a subject/verb disagreement in one of his recent reviews. No big deal... for content, his blog gets my high mark.

2. Diversity: I look back at the last ten reviews the blogger has done and make note of the sub-genre, author, and publisher of the works being reviewed. If the blogger reviews 80% paranormal romance, for example, but "claims" to be a YA reviewer -- FAIL. YA is an age range (theoretically), but a lot of bloggers seem to think YA equals vampires or shapeshifters. If a blogger reviews most of his books from the same publisher: FAIL. It's the sign that the blogger is a whore for free books and someone knows it.

There's nothing wrong with having a blog that only reviews books by one author, or one publisher, or only books that fall into the para-rom sub-genre. But don't piss on your readers and tell them it's raining. Admit it on your blog's nameplate that you don't read outside of your narrow little focus.

An awful lot of blogs fail here. Coincidentally, blogs that fail here for me have usually already failed in the first area.

Brent's blog is good to go in this category, too.

3. Design: The last category is important for presenting information via the web. It has to have the right design.

Most blogs are too busy. They have too many badges and ads running down the sides, which are a distraction to your reader. I don't know if bloggers get paid for all that stuff... but it's usually too much for my eye.

If someone has to scroll around just to get to the most important point on your most recent post, then you should rework your design.

If your blog's nameplate is 50% of the initial screen your reader sees, then you need lap band surgery on that bloated beast.

It looks like some bloggers are almost in a contest with one another to see who's got the biggest... um... nameplate on their blog.

Brent's is HUGE. Give up now, Alex Bennett, otherwise you'll need a dual-screen display just to see the next iteration of your blog's nameplate.

So, if I ever did review book blogs, I'd do it on those points.

I'm not going to do it, though.

Brent's always been a good sport, and I really enjoy reading his The Naughty Book Kitties blog.