the biggest monsters that swim in my head 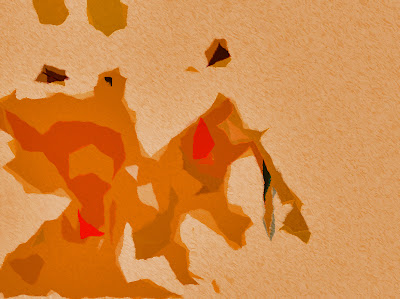 I have a couple of things coming up (one much sooner than the other) that I just found out about this week and I wanted to post them here.

First, but later, I'm very excited to be speaking at this year's NCTE ALAN workshops in Chicago on November 21. It will especially be cool because Stick will be about a month old by then, and I think it's going to be a really good book for people who are all into the NCTE and ALAN kind of stuff.

I'll be speaking as part of a panel called “Titles that Challenge and Are Challenged” (er... something I have a little experience in) and includes fellow authors Lauren Myracle, Cheryl Rainfield and Paul Yee.

If things work out, that week I'll also be at the Miami Book Fair in Florida, as well.

But, sooner than that, I'll be speaking at the Los Angeles Times Festival of Books at USC, in Los Angeles.

Here, I'll be speaking at a session called Brave New Worlds: Writing the Unreal on Saturday, April 30 beginning at 11 a.m.

The session will be moderated by Aaron Hartzler, and includes fellow author Allyson Condie (Matched). After the session, I will be signing copies of my books at the YA Stage, and I'm going to come up with some clever way of having a contest to give out some ARCs of Stick, so keep following the blog and I will reveal the details when I come up with them.

And, speaking of Stick, I did the unthinkable and gave my son the set of rubber-band-bound loose typeset galley pages of the novel yesterday afternoon.

He's in the final part of the book ("Last") right now. And I kind of knew this going in, which is the only reason why I allowed him to read the unbound pages (this, and the fact that the first pass was remarkably clean), but he thinks it's about the best book he's ever read.

Like I said yesterday, I really love this book, too. I kind of wonder where it came from, but I do believe that I don't so much write books as they just come through me from other places. So I don't really know...

I did an interview with VOYA magazine this week (I'll tell you about that later), and, after explaining to the reporter a little bit about Stick, he asked how I came up with ideas like this.

One more thing, too. I know I'll be doing something else at the Los Angeles Times Festival of Books with my friends from the LAYAS (a group of Los Angeles-based YA authors), but I'm not sure, exactly, about that yet, either.