someday i'll be like the man on the screen 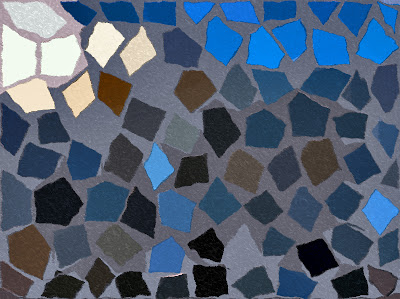 Now I can pass judgment.

I took one day to scrutinize the first pass of typeset galley pages for Stick, and I came to three conclusions:

First, I really love this book. Is that an egotistical thing to say? Is it even more egotistical if I say it on a blog?

Sometimes, it's difficult for me to plumb the true depth of my self-hatred.

But I do love this book.

Second, the pages look great. I really like the inside cover, the section title pages, and the way the chapters are broken, which is continuous, as opposed to beginning a new chapter on a separate page. The reason it works well for Stick is that the narrator plots the mileposts of his journey with the names of the people who pop up from time to time in his story. You'll see. The chapters aren't numbered.

Third, there were relatively few errors that I caught. Most of them were missing section breaks, which are omissions that most readers probably wouldn't catch, although they are jarring to me.

In all, there were a total of ten corrections I made, which is remarkable by the standards of most ARCs I ever read. And only three of the corrections were what I refer to as WTF moments -- small things to most readers, probably, but eye-piercing as far as my sensibilities are concerned.

So, it was a good first pass.

Good enough that I'm doing something I have never done before and allowing my son (who pleaded with me) to read the pages BEFORE it comes out as a published ARC.

And, speaking of readers, here's a kid from Canada update:

The kid read, and loved, The Marbury Lens. Nice job, kid. I did send him a formal email, however, (and I CC'd the State Department) apologizing to Canada on behalf of the United States, because only American teenagers would ever use the kind of language and exhibit the reckless and irresponsible behaviors that Jack and his friends so casually flaunt in The Marbury Lens.