the noise at night 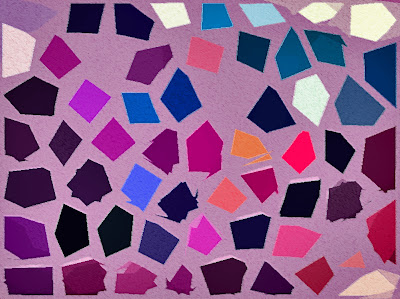 Yesterday, a few friends pointed out that The Marbury Lens received a very nice starred review in Booklist Online as an audio book.

When I met the people who wanted to do the book from Audible/Brilliance last summer at ALA, I knew they were the right people to attempt to make such a voice-filled novel as an audio book. The really cool part about the process was that I actually got to audition the actors who were trying out to read the manuscript.

All the actors were good. It was kind of interesting to hear how a number of different professionals voiced the exact same passages of my book. But when I heard Mark Boyett read, I knew he was the perfect Jack.

The passage used for the audition is an early passage where Jack passes his grandparents, sitting in their kitchen as he's about to leave for the weekend and go to Conner's house. It's a pretty complex part there, in my opinion, because Jack, a typical teenage boy is so aloof and guarded around his grandparents, who raise him (like teenage boys tend to be). A lot of people interpret Jack's inner voice as being "mean" to Wynn and Stella... well, most people seem to react that way [I can't tell you how many Jack-bashing emails and comments I've gotten from... ahem... mostly moms... about how they think Jack is mean to his grandparents, and why can't he be nicer to them?]

Anyway, Mark totally got the vibe. I knew right away he was the guy to do it.

We spoke over the phone, because Mark had some questions about how to pronounce things, and he asked a lot of questions about the book [yeah... who doesn't?], and then he was ready to go to work.

Here's what Mary Burkey wrote about Mark's performance in her Booklist review:

Through a kaleidoscope of shifting accents (including British) and seamless transitions between carefree conversations, Jack’s self-loathing laments, and achingly honest feelings, Boyett creates a disturbingly private space and the terrifying possibility that Marbury may be a vision of madness. A stellar match of literary excellence and audio perfection.

A couple more really cool things about the people at Audible/Brilliance:

1. Chocolate. Yes, a lot of people know this about them -- they send the most kick-ass chocolate you will ever taste to the people who work for them (even though all I did was write the book).

2. iPods. Audible packages a really cool iPod version of the book, too. It comes in a slick, slender DVD-type case and is ready to go right onto your iPod or iPad, in addition to the traditional multi-CD audio bricks that schools and libraries (or people with older audio technology in their cars) are more likely to purchase.

The iPod version is super cool. This is the thing kids will want. I'm going to have to take a picture of one and post it on here so you can see how cool these things really are.

One more thing. I met Jessica Dobson, who has a book blog, a few weeks ago at the SCIBA Literacy Dinner, and she picked up a (real paper) copy of The Marbury Lens for her husband.

Well, she and her husband both contacted me about how much they enjoyed the book, and she wrote a terrific review of it on her blog.

And, thanks again, Mark Boyett.

You can read the Booklist review here.