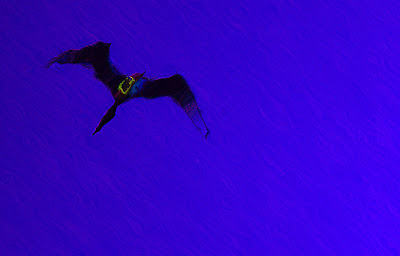 I forgot to mention that, while at the Los Angeles Times Festival of Books, I had several life-changing experiences.

Actually, that's a kind of dumb concept, when you think about it. Because if you're, say, sitting down here, and then you decide to get up and go into the living room, you just changed your life, right? In fact, every time you inhale, as opposed to, say, deciding not to...

Well. Not to lessen the degree to which my life has changed, and to get back on topic: one of my panelmates was Allen Zadoff, who wrote Food, Girls, and Other Things I Can't Have. I met Allen last November when we were speaking at Books Inc. in San Francisco. Great guy. Really funny. He's like one of those guys you immediately feel comfortable with and want to sit down and talk about things like how deeply disappointing your childhood was.

Because I am the Colossus of Have a Shitty Day.

Anyway. So, we were standing there, and the MC of our event pulled out his BlackBerry (I know... I am so judgmental of non-iPhone users, and I really ought to try to overcome this personality flaw. Don't even get me started on Droid users. Sheesh.), and he asks us, "What's your Twitter handle?"

You know, it's kind of funny... but, back in the day, "handles" were nicknames that hairy, pill-popping truck drivers used on their CB radios.

So, Allen and I start talking about Twitter. How we both suck at it. I told him that I try to tweet about once every sixty days, that I get Tweeter's Block, so can only come up with around two characters per day, so it takes me 2 months sometimes to come up with a coherent stream of babble.

Then, Allen changed my life.

Genius, I says to myself. Sheer genius.

Why didn't I think of that?

Because I am dumb, that is why.

Allen Zadoff: It is Tuesday, and I am coming into the light.

Now, I am off to cast my first intentional Tuesday Tweet.

(my "handle" is fallingobjects)
Posted by Andrew Smith at 3:40 AM