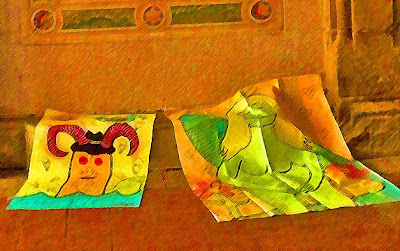 There are not many advance copies of The Marbury Lens going around. I'm sure some might get out at BEA in New York next month. And there will be a signing at ALA in Washington DC in June.

But lots of people want one. So, if you're one of the few people who've gotten your hands on one, all I can say is: do not loan it out. Or, you can be like this guy, and taunt your friends with it.

But... if you really really want one, Goodreads is having a contest for two Advance Reader Copies of The Marbury Lens. I think they're signed, too. And, of course, they have that killer Rich Deas cover.

The contest is open to folks from the US, UK, and Canada, and the winners will be drawn on September 9 -- a full two months before The Marbury Lens appears in bookstores.

To enter, click here.
Posted by Andrew Smith at 3:15 AM