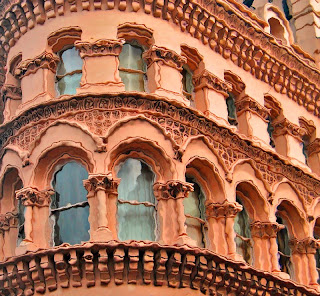 Yesterday, I got a sneak peek at the new fall 2010 catalog from Feiwel and Friends (my publisher), and was pretty much floored by how it looked. I'll post some pictures of it after I get back to California.

One really nice thing is that the entire back cover of the catalog is a text-free print of the cover for The Marbury Lens. And I found out some pretty cool stuff about how that photograph was taken and who the boy model on the cover is. Anyway, even after having the cover "sink in" for a couple months now, I still think it's one of the best cover designs I've ever seen. 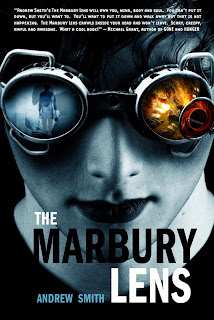 So, that means, naturally, that the catalog is also one of the coolest catalogs you'll ever see, too. And what's inside is even better. Not only is the fall list really exciting (I just finished reading The Haunting of Charles Dickens, by Lewis Buzbee; and had a chance to speak with my publisher, Jean Feiwel, and editor, Liz Szabla about some of the other titles from the list I'll be reading next), but inside the first page is a very flattering message about The Marbury Lens written by Jean Feiwel.

Then, on a couple of other pages in the catalog, are glimpses of the paperback version of Ghost Medicine, which is also being released this fall.
Posted by Andrew Smith at 4:07 AM