the great big giant me 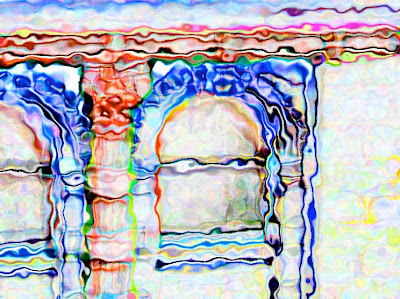 And speaking of having a downer of a day, I frequently marvel at the people on Facebook who continually post status updates about how miserable and depressed they are, or how horrible their lives are. Because, I mean, what are you supposed to do when someone posts something like I just don't think I can endure any more of this agonizing, endless sadness and despair -- give it the "Thumbs Up"?

Nick has vanished. I got a cryptic and eerie message from him the other day. Then he unfriended me on Facebook. Poof. Just like that. I'll write about his final message later this week, or next week from New York. I have a feeling I'll see him again.

Now, for the real topic of today: reviews. Well, sort-of reviews. There are only a handful of reviews that I will ever read. I don't know why. Maybe it's because I'm a great big giant snob, but I never never never read reviews posted on Amazon or Barnes and Noble. You know why? Because they're so depressing. But yesterday, I decided to activate an account at Goodreads. I know... I know... I'm an idiot. But I'll tell you why: I did it because of the crafty and brilliant author Carol Snow, that's why.

So, anyway, there I was, making a really cool author page on Goodreads and pimping my pro pic, as we say in the social networking biz, when I did it... I randomly looked at a recent review a Goodreads person had written about In the Path of Falling Objects. [Side note: not that the overall review scores on my books are bad, as you can see from the very bottom widgets in the lower right on this blog...] But I went right to a three-star score, which, to me, is like a "C," a grade that, if my children ever brought home on a report card would result in their not being fed. And this random reviewer had the following line about my book:

"I limit authors to one animal killing per book (not three)...."

And, I'm, like, wow. A regular Gandhi. I guess the reviewer would never have made it through Moby Dick with a limit like that. And then I was, like, trying to count how many animals actually die in In the Path of Falling Objects, and I figured that the reviewer didn't count scorpions that get stomped on as animals, and probably didn't count the mentions of things like the innocent kids who got killed in Vietnam, either.

Well, the reviewer did go on to say:

I was shocked when I made the connection that this is the same author as GHOST MEDICINE. This book is very different! There are some great lessons of brotherhood in this book, but I was just too stressed on this bumpy ride.

Gah. I get so depressed whenever I read reviews on boards like this. I just can't do it any more. [Maybe that should be my Facebook status update...] We'll see how long I let this account remain active.

I wish Nick would come back.

The great big giant me is pretty pathetic.
Posted by Andrew Smith at 3:06 AM