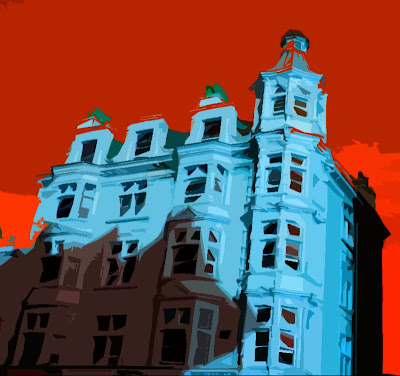 Mr. Smith said he was posting a note to himself, that today he should just sit on his hands.

I thought that was a weird thing to say. He said he didn't want to write anything because he wants to lay into some people, "And, Nick," he said, "Nothing gets better when you do that, anyway."

I've never really seen Mr. Smith lay into anyone, because I don't think the guy can even get mad, so if he's decided to "sit on his hands" today, it might be a good thing.

Personally, I can't sit on my hands. I have Carpal Tunnel Syndrome, which was caused by Twittering too much. Oh, don't look for me on Twitter. I'm in a 12-step program to get me off it. You really know you've let yourself go when you accidentally drop your smartphone in a toilet while tweeting.

Enough said on that.

Maybe he's mad at me for not cleaning up his office yet.