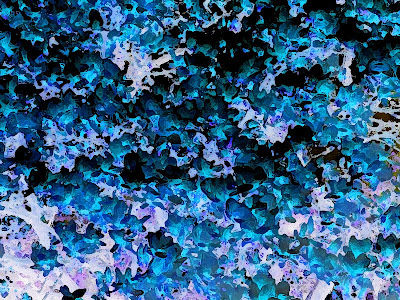 I think most writers have a reclusive streak in them. I do know some writers who really love being around people all the time, but I still believe they slink away and withdraw when they're working. Maybe I'm wrong, and it's just me.

But, as a writer, I've always felt like an outsider among other authors. I don't belong to any organizations, I don't have a crit group, and I never attend writers' workshops. A lot of that can be attributed to the remoteness of the physical location of where I live, but most of it is just because that's how I am, too. They guy who gets ding-dong ditched in seedy Arizona bars and chased by irate cowboys who don't appreciate the distinct advantage Belgian beer has over Bud Lite.

(true story. I'll tell you about it some time when I get over the trauma.)

I also think I stay away from writers' groups because of the process by which I work. It's not very normal. I mention this because I think I'm just about ready to give up another piece of my guts, which means I am just about to start in on page one of the next book.

I know what I'm going to write, usually, for a few months before I start writing it. I know who all the characters are going to be, how they're connected, and what they want. Then I live with all this information inside my head for several months, and it becomes clearer and clearer until the first sentences and the first scene are dying to get out and onto the page.

My outline is there. It's just invisible to anyone but me.

That's about where I am now. Page one is coming any time now.

People often ask if I know how a book is going to end while I'm writing it, but I never do. I know where it's going, but I never know the actual concrete ending until the day I write that part of the book.

And, once I start, I stay on a pace so that I can predict -- usually within a few days -- very accurately, when I will be finished with the book.

I know. It's not the way people do things. It's why I stay out here where I am.
Posted by Andrew Smith at 3:10 AM