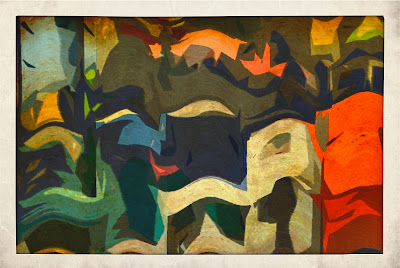 Let's see. I seem to have lost something.

Well, as it relates to time, I guess since it does not require finding and is impossible to make, I guess some of us probably sleep and watch television less than others.

Yesterday, someone asked me if I'd seen the VMAs.

I didn't know what the fuck they were talking about.

I'd watch that shit.

Here's something I got a few days ago: 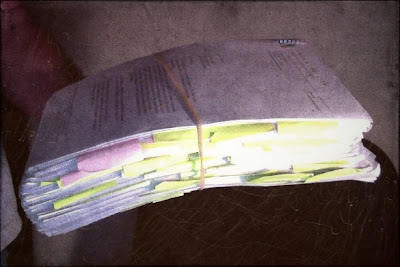 That is a novel I wrote called Winger. It is coming out at the beginning of 2013 from Simon and Schuster.

Let me tell you how much I love and appreciate editors who use paper. Seriously.

On the top of my novel is the editorial letter which contains a few big-picture questions. As editorial letters go, it is very short (about 4 pages) and totally easy to deal with. A lot of it's just copy edit stuff, which, in writerspeak means change a word here or cut this sentence into two sentences. Shit like that.

See all those Post-It notes on the pages? I don't know what those are. They could have saved those in case they needed to cover their windows during Hurricane Irene.

Actually, they just mark pages where there's something I need to look at, like commas and shit like that.

It looks like a chunk of time that I found on my doorstep.