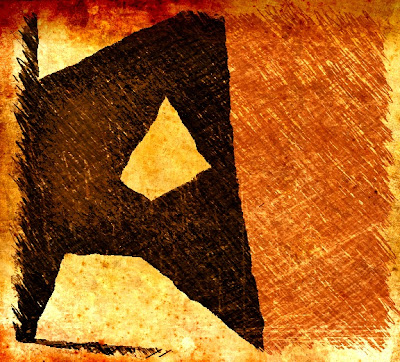 I am a recorder of all things regular.

At another conference recently [one that has a high-capacity slot, I might add, which reminds me: you need to pay up]:

a very talented and brilliant, inspirational author quoted a snappy line from T.S. Eliot about daring to disturb the universe. First, before getting on with my duty, which is to disturb, let me say that I am a real stuck-up snob when it comes to poetry. Does that disturb you?

Anyway, all the people with all these great ideas bubbling around in their heads are all, like, oh, that's me! I have a profound duty to disturb the universe. I just hope nobody ever disturbs ME whilst I am involved in disturbing UNIVERSE MINUS ONE. I do so despise being disturbed, after all. Being disturbed is something one should only do to stuck-up people with conservative perspectives, which excludes me. THAT'S what they were talking about, right? Disturbing the BAD GUYS, which equals


THE UNIVERSE MINUS ONE.

I have come to realize this is a very mathematical keynote.

So, in our math, we saw the following, based on my experience at a recent party that was attended by exactly 1,000 people:

1,000 attendees, of which 950 had positively corking ideas for a book, story, movie or some shit like that, from which 50 of those would go home and actually begin to write some words down on paper.

Which brings us to the next level of filtration:

Of those 50 regular people who actually sat down and put some words about their ideas onto paper, 45 of them would quit after one attempt at writing. For most of those people who quit, the time spent on their pages worked out to be shorter than an average television commercial break.

5 disturbers of the universe.

4 of those 5 will quit disturbing the universe before they actually finish their book, story, movie, or some shit like that.

One will succeed in finishing something.

One-tenth of one percent.

Now, if you go to a lot of parties, let's say you are the sole disturber of the universe who likes to hang out being all acerbic and witty and inebriated and shit, and you meet and talk to, oh, let's say, a party that is attended by THE ENTIRE CITY OF WATERLOO, IOWA (population 64,000), you would end up inspiring the end product of, let's say, about 64 books.

Of those 64 books that came from your soiree with 64,000 people, we would observe the following trends:

4 of them will be published.

Of those 4, 3 of them will be total crap because they are unoriginal imitations of other crap that is published by other crappy writers but people spend money on.

Why do people do that?

Next time you drive through the city, count the Golden Arches.

This is America. We're good at that kind of shit.

[Are you feeling disturbed? Are you a good guy, or a bad guy? I'm just doing my duty.]

That leaves us with two.

One will be published, and it will be brilliant, fresh, original, and sing in ways that no music has ever sounded before. It will send ripples of disturbance outward in infinite directions.

The remaining one will also be brilliant, fresh, original, and sing in ways that no music has ever sounded before.

But it only may or may not be published.

And the reason it may not be published is that the writer only wrote it because he needed to write.

He did not need to BE a writer.

He needed to write.

There is a difference. It's not my job to tell you what the difference is.