agent and editor tips and tricks (part one) 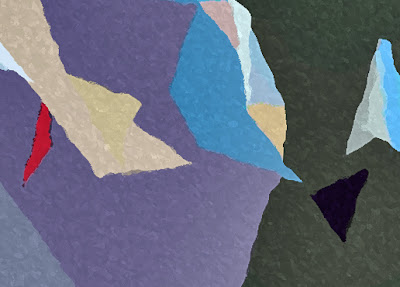 In regards to my Suicide Prevention Pit Bull, I received some messages from readers who mistakenly assumed the mechanism of effect is contingent upon the establishment of companionship.

That is not how a Suicide Prevention Pit Bull works. When you're suicidal, companionship often is the thing that pushes you over the edge. Where's the prevention in that?

A few weeks ago now, I experienced suicidal thoughts. I was sitting in a movie theater and watching a trailer for an upcoming Ben Stiller/Eddie Murphy film. Zany. I wanted to shoot myself in the eyes.

And I thought to myself, You know what would make you want to LIVE, LIVE, LIVE? If you were suddenly being mauled by a pit bull.

Think about it: Have you ever seen video footage of someone being bitten by a relentless pit bull? One thing that strikes me is how much they want to LIVE, LIVE, LIVE. No matter what. If you could somehow harness that love of life sentiment and keep it forever -- Poof! Problem solved.

That's how it works.

A few years ago, I was running along the lake on a very nice day. There was a crazy doctor (this is true) who had a house down there. He painted the house purple. He was crazy, but I won't get into that. He has since moved away.

Anyway, while I was running past, the crazy doctor let his ferocious dogs out. They were not pit bulls. They were crazy and red, had been crossbred with wasps and grizzly bears, and had teeth that looked like this: 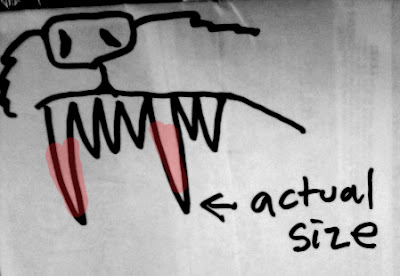 By the way, this is Session 2 of my How to Be a Writer Conference. And today's topic, indeed, is "Agent and Editor Tips and Tricks" or some shit like that. This will all make perfect sense eventually.

Don't forget to pay me:

Okay. So, the crazy doctor let his dogs out and they came after me, yapping and salivating. One of them flew at me with its teeth gnashing. It was going right for my balls. This is true. Instinct takes over at times like those. I put my arm out and the dog bit my wrist and began shaking its head.

And you know what I was thinking while the dog was chewing on my wrist?

Okay. This is a true story. And it does have a LOT to do with how to handle agents and editors.

I'll be back with more tomorrow.

Providing you pay me.