this wheel's on fire 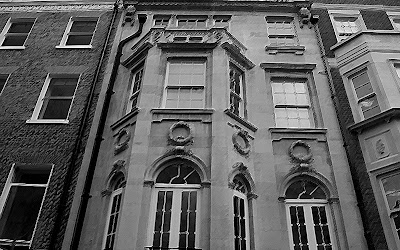 Not for the usual reason, like someone screwing with my universe.

Last night, I took my sixteen-year-old son to see the Roger Waters performance of The Wall in Los Angeles.

I could do something very weird and write an actual second music review post in the span of one week... After all, I do think I have a lot I could say about the show, which did have its share of awkward, not-quite-pulled-off-moments, as well as flashes of perhaps the most visually stunning eye- and ear-gasmic triumphs I have ever witnessed, but I'm not going to review the show here, I'm going to talk for a moment about something else.

[By the way, I am going to see the performance a second time in about two weeks, and I'm going to compare my notes to see if my original take on last night's performance has an enduring ring of truth to it, in which case I probably will write that review.]

Anyway, I thought it was pretty cool to go to the concert with my son. Going to see a Pink Floyd performance with me as a kid is probably something that would cause my father to want to unearth his casket and move his remains in to Dick Cheney's undisclosed subterranean place that's... um... undisclosed... and... under... ground. Or something.

But my son and I have similar taste in music (good, I might add), and we've gone to lots of concerts together. In fact, just this year, we've seen last night's The Wall, Wolf Parade, Cults, The Felice Brothers, Conor Oberst, Wavves, Magic Kids, Titus Andronicus, Best Coast, Abe Vigoda, Zola Jesus, and... um... I know there's more, but my head is still kind of ringing and I haven't slept.

Anyway, my son was one of the very few kids his age at the show last night. I'm glad he got the opportunity to see the equivalent of something like an outdoor version of Aida for people who grew up in my generation.

And I also hope we'll keep going to concerts together (and laughing at the people we invariably see who show up entirely wasted out of their minds).

Just before we left for the show, a delivery arrived at my house: the copy edits package for Stick, which I keep reminding you all will be published in 2011.

So, before I stepped out the door, I ripped open the package, pulled out the stack of pages (hooray for publishers and editors who still send sheets of paper -- and sorry if I'm "outing" anyone who doesn't want to be "outed," but I really need the paper for copy edits), and, naturally, thumbing through the stack, I zoom directly to a page where

that wasn't supposed to be "done." It happens. Copy editors, being the word-heads that they are, are always going to pick up on things that -- in the absence of a contextual examination of my universe [which routinely gets screwed with by random strangers and acquaintances and results in sleep deprivation] -- look like mistakes, but really aren't... so they get "changed" to make them "correct," and then I have to change them back so they "look" wrong, but are actually "right."

At least, in my universe.

Does that make sense?

Deadline, prepare to have your ass kicked.