go mine the sun 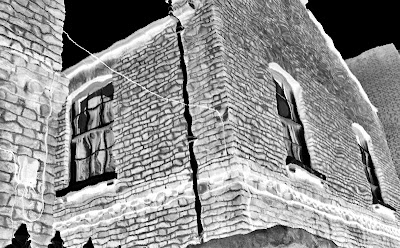 I've actually been thinking about a lot of stuff that I want to write about on the old blog, but I keep holding back because I don't want to have certain people misinterpret what I need to say. And it has a lot to do with "YA" and literature for young people, and I'm struggling with how to frame this and haven't come up with a non-toxic approach yet, so I am going to shut up. For now.

But,in looking back over the past year, I do want to say that one of the coolest things that has happened to me has definitely been working with my Young Writers' Group.

The kids in the group are all 16 or 17 years old, and they are truly some of the most creative and talented young writers I have ever seen. It makes me wonder about what happens to kids when they grow up.

I do get a chance to read a great deal of things written by aspiring adult authors, and, to be honest, the degree of creativity, uniqueness of voice, and fearlessness, in general, doesn't come close to what I get from the kids.

Some of the kids in the group started out being involved in their school's "Art and Lit" magazine, but fell out of their excitement over the project largely due to the limits on things they were allowed to write about.

Note to schools: If you want to foster creativity and ingenuity, you can't put limits on thought and expression. Okay, sure there are areas we have to be especially careful about when it comes to issues where kids are in harm's way... but I am not talking about that, so don't even go there.

But that's another topic, entirely.

So I spent a good deal of time reading the first rather sizable chunk of a novel that was written by one of the kids in my group, and I thought I'd share on the blog here a couple of the general comments I had for him.

(By the way, the only reason I'd do this is 'cause I think the kid is a damn good writer.)

First of all, kid, it's about the starting point. The coolest part of your work that really got me came about 5,000 words into your story. That's a good chunk of a novel (5,000 words), and it's an investment that some readers won't give you. Switch it up. Cutting-and-pasting the exciting part up to the front wouldn't change anything in the story at all, but it will get your reader to turn the page.

The voice and the rhythm of your sentences is absolutely great. Technical ability is the toughest component for the majority of writers. Anyone can "think up" stories. In fact, everyone does. That's the easy part. You have the tough part down. And, obviously, the discipline, too, judging by the number of pages I have sitting here under my elbow.

Finally, make your descriptive passages less "quiet." By that, I am NOT saying the "show, don't tell" idiocy that people throw out with all the careful consideration of a sneeze or a hiccup. You know what I mean, kid, we talk about this all the time, and I'll show you what I mean with some of your own words.

There are definitely times you want your words to be quiet, just like there are times when you want your story to inhale and breathe a bit. Just not so much quiet breathing that it ends up falling asleep on us.

Also, I wrote my notes to you in pencil -- regular pencil. Just like a really good editor I happen to know.