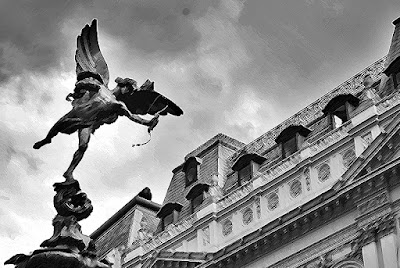 I really appreciate the fact that Jack has been popping up on an awful lot of lists.

I guess appreciate isn't really the right word. I am pleased and humbled by the praise received by The Marbury Lens. But it's kind of weird, too... and I feel a bit emotionally distant, as well.

Maybe other writers can back me up on this, but I frequently feel so disconnected to the things that I write, like I'm possessed or something -- someone else -- when I write them. And then, afterward, I'm, like, where the fuck did THAT come from?

For me, books are kind of like snapshots: they capture a time and place, but they ARE NOT the time and place. If that makes any sense. So, after they're done, it's like... well... that's not me, and I don't know what you're talking about. Go ask someone else.

Yesterday, I saw a notice from Library Journal that The Marbury Lens is on their list of "Best YA Lit for Adults, 2010."

Wow!!! That is so freaking cool, and I feel simultaneously flattered, honored, and weird (like I wish I was the guy who wrote that book, but I'm not... it was written by some fucked-up person named Jack Whitmore).

The concept of that list kind of hurts my brain. YA Lit for Adults.

I received an email a few weeks ago from a person who wanted to get a copy of The Marbury Lens signed as a gift for another person for Christmas, and wanted to know how to go about doing it. The gracious gift-giver also explained (almost apologetically) that the recipient -- who really WANTED a copy of the book (yay.) -- was an "adult." Like, go figure, an adult would want to read a book that people call "YA."

That's a whole other topic.

But it is really amazing to be on Library Journal's list.

Also, another very cool thing: the author Sara Zarr (Story of a Girl, Once Was Lost, Sweethearts) also wrote a very flattering blog post about The Marbury Lens, in which she admitted that she'd been "dying to talk about" my book.

You know what? It is super-cool when real writers say stuff about your book. And I am totally flattered by the things Sara and other authors have said about The Marbury Lens.

So Jack can add these two to his list:

You can read Library Journal's List of Best YA Lit for Adults, 2010 here.

You can read Sara Zarr's report on The Marbury Lens here.