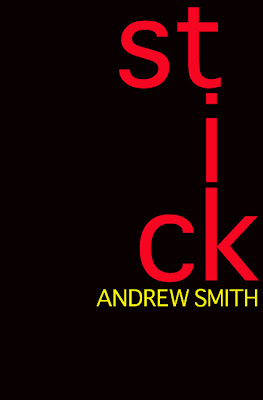 Okay.
A couple thoughts about next year. First, I like the number. 2011. Don't ask why, I just do.
This is the time of year when you'll see a lot of "Best Of" blogs, "Predictions," and stuff like that.

First, my thoughts on Best Ofs (By the way, and there are those of you who may argue the point. Save your collective and grammatically-flawed breath. As much as I despise the use of exclamation marks, I have an equal, if not stronger disdain for the use of apostrophes when constructing a plural. Quit doing that, everyone. It is wrong).

Does the right-justification of this text make your brain itch?

Where was I? Oh yeah... Best Ofs... Well, I already wrote a post about my ten favorite albums of 2010. I love music, and, snobbily enough, I am not stuck in the past and adhere to the philosophy that anything that came out after The Summer of Love is derivative crap.

So I feel okay in listing my ten favorite albums of 2010 (a number that makes me uncomfortable).

I can't list my ten favorite books, though. I know some writers do that stuff. I just can't.

I also can't list my ten favorite movies for a whole lot of reasons. First, I don't really ever go to movies; and, second, I... um... don't really like movies.

Just admitting that on a blog is akin to admitting you have tasted human flesh, I think. Which, by the way, does NOT taste like chicken. Especially because I'd kind of (and when I say "kind of," believe me, that's exactly what I mean... kind of) like to see a The Marbury Lens movie.

But that's another thing entirely.

So, that leaves me with Predictions.

I'm kind of torn about making predictions, too, because half of me is totally unrealistic and "hopeful," (I know... not only is this a disgusting trait, but it yawns the doorway wide to crushing disappointment) and the other half is completely pessimistic and stuck in worst-case land, which should be part of Disneyland -- they'd have really long lines and right when you get seated in your ride-mobile, you'd realize you've sat down in someone else's vomit and then the ride breaks down for the rest of the day.

That's my pessimistic outlook side for 2011. I think it's the dominant side of my brain.

But, hopeful, or pessimistic, or just plain neutral, I do have a new book coming out in 2011.

And here's the little three-sentence description of the book (that tells next-to-nothing about the actual story) from my website:

Stark McClellan (“Stick”) hears the world in a different way. He is surrounded by cruelty and ugliness, but holds on to a powerful sense of wonder, faith, and love for his best friend, Emily, and the most important person in Stick’s world -- his older brother, Bosten, who happens to be gay.

When the boys’ father throws Bosten out of their home, Stick steals a car and takes off on a three-state odyssey to find and rescue him.
Posted by Andrew Smith at 6:50 AM