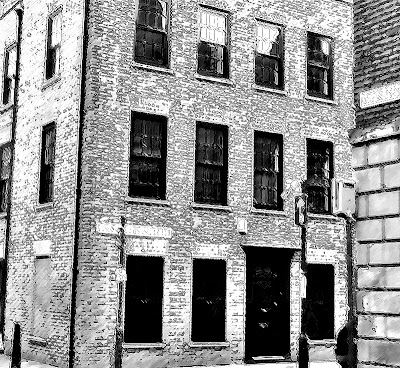 Getting ready to go somewhere is always a distraction.

This weekend I'll be down in San Diego, speaking and signing and stuff with The Marbury Lens.

It begins on Saturday evening at Mysterious Galaxy, 7051 Clairemont Mesa Blvd. #202, San Diego, at 6 p.m. for the bookstore's Eat! Read! Party! Holiday Event. There will be some really cool authors in attendance, and this store, which specializes in creepiness, is my kind of place.

I just hope the menu isn't inspired by The Marbury Lens.

I also received news yesterday, which happened to be the one-month birthday of Little Jack and The Marbury Lens, that the book has gone into a second printing. I know this can't be entirely due to my three friends and one family member who still speaks to me, so all I can theorize is that there are plenty of people out there who have stumbled onto the perfect gift to give someone who has everything except for a book where giant bugs eat people and mutants run around wearing loincloths made of human scalps (which will be toy spinoffs next holiday season, according to Michael Grant).

And still counting down... Sometime, before the beginning of the new year, I swear the not-writing shall officially begin.