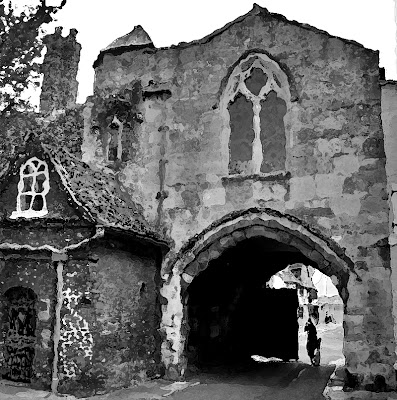 In The Marbury Lens, the monsters have these fire-red brands that can't be covered and light up at night so you know who they are.

In writing, there are brands, too. Sometimes, like in the case of the monsters in Marbury, brands can make it easy to sort things out. You know, there are some writers who put out their first book... and then, the second one and everything after that is kind of like the same story with the same issues and the same characters who have different names and live in Florida sometimes and Maine others and the seasons are different, but, other than that, it's... their brand.

But -- call me a hipster (and I evaluated my life on a hipster checklist that my friend Ksenia posted today and realized that, lacking the essential defining attributes, I am, indeed, not a hipster) -- I have always kind of thought of "branding" as a negative thing for me, personally.

So I try to never go to the same place twice in my books. If you're among the five or six people out there who've read my three published novels, you'd probably agree with that (as well as the two or three people who could include my forthcoming fourth in that list).

Forthcoming fourth. That sounds really stupid. But I think my fourth book, Stick is really cool. It's a kind of postmodern journey story about ugliness and beauty and it has this kind of weird experimental structure in places. Anyway. It's different.

I guess some people would say I have a "YA" brand, but I've never really thought of my books as being "YA." (My apologies for that). In fact, I will always cherish the email I receive from one reader of The Marbury Lens which began with the irate (I am only guessing, because tone is such a problematic issue in emails) proclamation: "This is NOT YA."

Well, okay. I don't know what it is, either. I just know it's not like any of my other books.

Which kind of makes me a little unsure about writing another scary book.

I really want to, and I have some burning (like the Marbury brand) ideas for one [side note -- are you actually going to sit there and believe that you can't possibly think up monsters that are cooler and scarier than fucking vampires, werewolves, and zombies??? you have got to be kidding me], but I am afraid of being "branded."

I guess, as far as vampires, werewolves, and zombies are concerned, buyers -- in this case, readers -- get comfortable with certain "brands" too. I mean, if you go out shopping for Wonder bread and you buy Wonder bread, you know what you're going to be putting in your mouth before you even get it home from the store.

Like I said, there are definitely good reasons for sporting the brand. A lot of times, I wish I did, too.