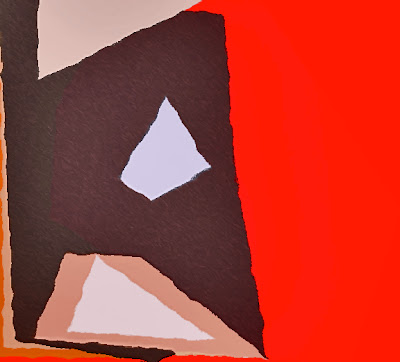 Well, it's too hard to top the brilliant discussion generated by yesterday's post, but as I said on one of my comments, it was a fitting way to cap off a month that gave rise to such awful, ridiculous, and poorly-reasoned attacks on YA literature.

So, for that, I am grateful to everyone who participated (and those who didn't say anything, but read along).

And, because this is a holiday weekend and everyone's going to be taking off, or, at least diverting themselves with lighter thoughts, I thought I'd do something I've never done before that other bloggers do: a Friday Five post.

1. Finally got this in my hands. 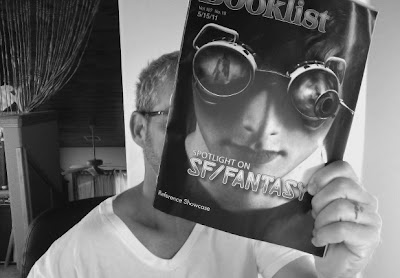 It's Booklist magazine -- the May 15 (BEA) edition, with The Marbury Lens as the cover, and listed inside as one of the Top Ten SF/Fantasy Novels. I never saw this (although people taunted me with having seen it) until I received the mail yesterday (and don't get me started on mail where I live -- it doesn't happen). I begged, I pleaded... but never got one until finally! the lovely Andrea Brown herself (of Andrea Brown Literary Agency) packaged one up with a nice note and sent it off to me.

2. The family vacation. I was abandoned. Everyone in my family went on a vacation. Without me. Before leaving, my wife bought a box of those big heavy-duty garbage bags and left them with instructions I was to clean out my room. I'd been meaning to do this. Honestly. I mean, who doesn't get a gut-wrenching feeling of good-god-that's-me whenever you accidentally catch a glimpse of Hoarders?

Anyway, I did it. My room has been transformed.

It began as a scene from an episode of Hoarders, transitioned through Dirty Jobs, and ended up as a bad week of Deadliest Catch.

Yes, don't ask me how, but there are fucking King Crabs living under my bed.

Quick -- someone melt me some butter. 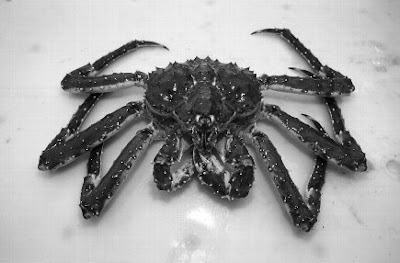 Okay. One more picture. This is breakfast. In summer, I pick my breakfast off the trees at my house. Currently, that means cherries. Next in will be plums, I think. 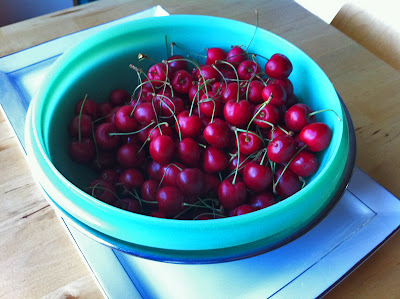 A movie-making friend (wasn't that douchey of me to say?) asked what I was reading most recently. Here are my two latest reads.

Vice President in Charge of Volcanoes. 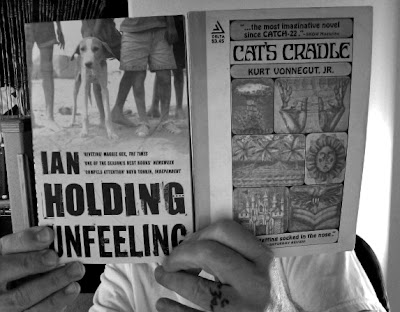 5. The Department of Sneaky Tricks: (no photo)

I was chatting with a friend this week about my forthcoming novel Once There Were Birds. At that point, this friend was the only human being in the known universe who had read the book. I told her that I always sneak in little tricks in all my books. I didn't think it was a big deal, really. All authors do, I'm pretty sure. Anyway, I pointed out that in this book, there is one chapter section -- just one sentence in length -- that is a haiku in a sentence. Ha! I love doing shit like that.