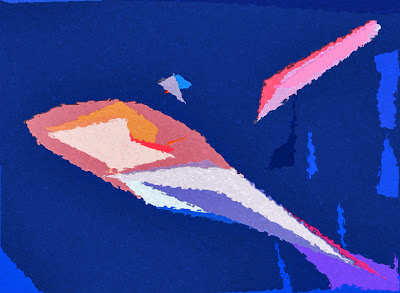 It was my birthday.

And beyond that I am writing another book. It looks as though this one will be finished very quickly. The thing about writing pace is that you can always expect to hit the wall at some point, just like marathoning.

And that's when progress becomes labored and painful. I'm not there yet, but when it happens, and it will, I'll be sure and post my bit about hitting the wall (as a runner of some 30 marathons and a novelist, I can speak from experience).

In any event, to get back in the post-birthday swing of things, I thought I'd attach myself to a Twitter topic that comes up once per week: Sunday Sample. I have books lined up for publication in 2011, 2012, 2013, and 2014. I thought I'd post a few paragraphs from one of them.

No explanation or set-up for the paragraphs. The excerpt comes from Once There Were Birds.

Here's a brief description of the novel: Once There Were Birds A Western, set in Arizona and California, two hundred years in the future.

Barrett Woods, a boxer from a prison school for boys called Oconee, makes a “break,” and jumps a picking train sent west. He’s followed by a talkative younger boy named Eliot Plum, who is stubbornly determined to stick with Barrett, despite the dangers they encounter. Eliot is hiding a secret from the boxer, and it may cost both boys their lives.

And here's a little excerpt:

There were memories, I think. They would flash like mute pictures on the rotting pages of books when I’d lie with my eyes closed, not asleep, not awake, just waiting for something. We slept, nearly forty of us in a single concrete-floored building which before the war had been an office for a company that manufactured ice. In the winter, the older boys would marvel that there had ever been a need for such a ridiculous venture.

We would wake with ice beneath our beds. The ghosts of the old factory still labored at their meaningless task. More ice, more ice. When winter smothered the school in its worst, even we older boys, our recalcitrant masculinity compromised, found ourselves compelled to sleep embracing one another just to stay alive through the night. The small boys regularly slept two or three to a bed, simply as a consequence of the economy of both space and compassion.

There was never anything else to compare to our lot.