in which i respond to an email rather than a dream 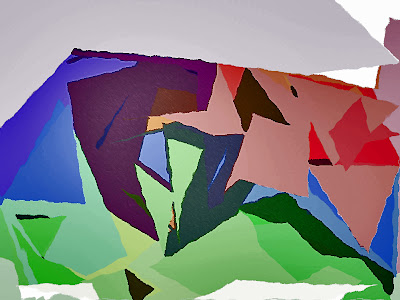 Well, I have some (what is in my opinion) tremendous news about something that's going to be happening very soon, but, unfortunately as these things go in the publishing business, I can't say anything publicly about it until after the first official gate opens.

So, I know those types of vague mentions are kind of meaningless to the point of frustration, but I am confident I'll splatter the internet with gushes of good news very soon.

Like last night, I had a dream about teaching a writing class, and in my dream I came to a realization about writing that (again, in my opinion) I thought was kind of epiphan-o-gasmic.

Don't look that word up.

And I thought to myself (which is really the only way I've ever been able to think) that I would blog about this insight today.

But I'm not going to.

Because an author friend (I do have a few of those) sent me an email, and, in it asked a kind of cool and rather scholarly question:


I'm curious, you seem to have come into the YA world fully formed. Did you just hit it with your first book, or were you writing prior to that? And why/when did you get started?

So I have an answer to that:

If there is such a thing as the YA world, then I imagine I arrived on it naked and lost, not speaking the language, ejected from a mother ship from some other galaxy.

Because I never knew what YA was. It didn't exist at all when I was a "YA," and I certainly didn't shop in kids' sections of bookstores when they started sprouting their tumor-like "Teen" or "Young Adult" shelves. I'm pretty sure those shelves didn't exist when books like Where the Red Fern Grows, or even the more recent Hatchet were written.

But I did read those books.

I just didn't have a special name for them.

I just liked them.

I so loved that book when I was a YA. But I bought it in a bookstore.

In the "books" section.

So, anyway... yeah... it was all an alien world to me when I wrote my first book.

Well, the first book I actually tried to get published.

I just wrote a book. One that I thought fit the following three requirements:

2. It would have to be the kind of book that I'd like to read; one that I would buy if I picked it up in a bookstore.

3. It would have to be a book that my son (who's a great reader of books) would think is "good."

And that was it.

I'd written lots of book-length things before, but I never had any desire to publish them. As I mentioned in a comment response yesterday, there haven't been many times in my life when I wasn't writing. I wrote all through school and college, and my first jobs were in writing for newspapers and radio stations (news and PSAs -- stuff like that).

So I did decide to give it a shot (I was kind of goaded into it by my lifelong friend, author Kelly Milner Halls) when I wrote my first book, Ghost Medicine.

Well, again, it wasn't my first book. It was the first one that I thought fit those three requirements above, and one that I took seriously enough to see what I could do with it in the real world.

And I still didn't know the name of the planet I had been stranded on.

In fact, when I told Kelly about the novel, and asked her advicey kinds of things about stuff like getting an agent and writing (ugh) a query letter, Kelly said to me, "Oh, that novel sounds like YA."

And I was, like, what the fuck is that?

I didn't know then.

And I'm not so sure I know much about this planet now.


But I guess I did the right stuff when I set my mind to it: I did the agent thing, the query thing, and, yes, to answer the question, my first book was picked up and published, and so were lots more that I've written since that time.