one of these days 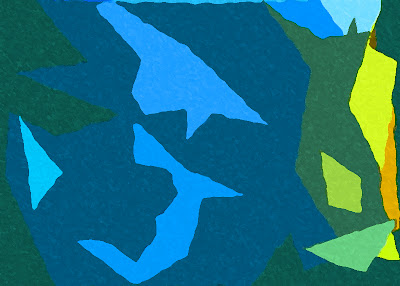 Today was kind of like Animal Kingdom's day to come out and look at me.

I did my ten-mile run this morning. I mark it off by seven hills. There are seven major uphill stretches on the run. Nobody who runs counts downhills.

The first five hills are the toughest. The last two are really easy because they're near the end.

Going up Hill 1, I saw a big gopher snake. He was maybe about 3 feet long. Snakes don't scare me. I didn't see any rattlers today, though.

When I came over the top of Hill 2, I ran right up onto a nice, healthy looking coyote. He got scared and took off like crazy as soon as he saw me coming.

Going up Hill 4, which is the toughest hill, there were two deer right on the side of my trail. The closer of the two was a young buck, showing about 8 inches of antler. He was trying to stare me down, because the deer did not move off until I got to about 15 yards away from them.

That same hill, there were a pair of hunting hawks. These hawks seem to follow me when I run and hover above the updrafts on the crest of the hill (this is at a pretty high elevation). I think they watch out for small animals who get scared up when I run through.

Then, going up Hill 6, I saw a horned toad. I see them a lot, but I always like seeing those little guys.