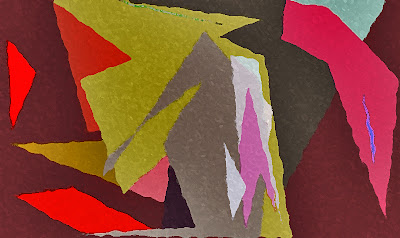 So I do put a lot of elements from my real life and experiences into my books, but what I don't put are actual people.

Because nearly all the characters in my books are actually me.

I have named characters after people I know, though. I usually tell them about it ahead of time, or, most frequently I change their names just enough so that nobody really knows where the name came from.

I have a book called Winger coming out from Simon & Schuster. In the book, the main character is a rugby player. He plays Union rugby, which is the greatest sport ever created. A lot of the funny subplot stories in the book actually happened on and around the pitch to rugby players I know. You don't have to be a fan of the sport, or even know anything about it, to enjoy the story of the book, though, and you may learn a little about it and come to appreciate it after you do read the book (which you will want to do because... well... it is a pretty funny book).

As a matter of fact, the Rugby World Cup is being played in New Zealand this year, beginning in September. The Eagles (that's USA) are playing in Pool C, which includes Australia and Ireland. I absolutely love the way Ireland plays rugby, but Australia will probably take that pool.

You know who plays beautiful rugby? Argentina, in Pool B, where they'll be pitted against England and Scotland. I'll go out on a limb and pick Argentina in B over England. I also very much like the way Canada plays. They're in Pool A with New Zealand (everyone's favorite) and Tonga (look out for them).

Of course I'm a fan of the USA, but if a dark horse were going to come from behind and take the Cup from either New Zealand, Australia, or South Africa, I'd like to see Ireland do it.

If you can possibly catch any of the games on television or the Internet, watch them.