stuff you find in books 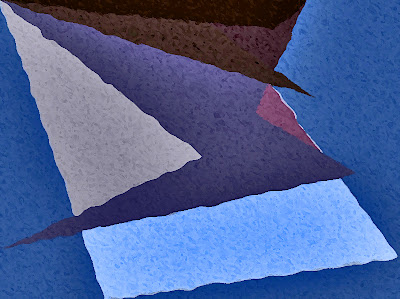 Sometimes, you just can't help it, you have to wonder about messages and connections and wampeters and stuff like that.

That's probably one of the most important questions in Troy's mind in my early novel Ghost Medicine. I think it's a unifying thread through all my novels, and it's certainly the most preoccupying obsession that I've had ever since I was a kid.

So, earlier this week I had a most brilliant and lengthy phone conversation with my editor at Feiwel & Friends. We talked about all kinds of things, and I mentioned to her that I'd recently found myself on a real reading bender -- tearing my way through all kinds of books. We talked about one of my favorite authors, too, a man whose brilliance and bravery -- to be honest -- give me chills and make me feel pointless.

Maybe all effective writing serves to remind us of our pointlessness.

In any event, and you know this, I really don't talk about writers or writeresses and their books on my blog, and I'm not really going to today, either, because those are secret topics that really should only occur in the audible atmosphere that connects critical minds.

But, I remarked to Liz how I had -- while cleaning my room (see recent posts) -- discovered an old first edition copy of one of this brilliant man's novels, and so I was reading it again, which, inevitably, was making me feel pointless and chilly.

I had never really opened this particular copy of the book before. It belonged to my brother, who died when I was quite young (he was a collector of books).

While reading it, I noticed that somebody had not only highlighted and underlined passages (I'm certain that was my brother's doing), but someone had been using, as a bookmark, an entire boarding pass for a flight from Los Angeles to St. Louis.

My belief is that the boarding pass belonged to the book's original owner. Since the book was published in 1973, I'm assuming it might be from that year. I'm certain my brother, as with most of his books, bought this one at a used book store.

Anyway, this is one of those old boarding passes that the gate-checker is supposed to tear in half, but it was not torn, so I can't help but wonder if the person named on the pass actually boarded the plane.

There is a handwritten initial on the pass: "V," which tells me the guy actually did check in, but this was way before TSA security procedures.

In those days, you didn't even have to show ID to get on a plane.

The pass is for a TWA flight, and TWA no longer exists.

The passenger was named Mr. B. Slocum.

None of this means anything to me, so, of course I have no clue as to whether Mr. Slocum was going home to St. Louis, or trying to leave Los Angeles.

He was supposed to sit in seat 22-D, which was designated both as "Coach" and the "Smoking" section of the plane.

(Side note: I hope that one day, maybe my grandchildren will react with the same degree of absurd consternation to the idea of prohibition on same-sex marriages that YOU probably just felt when you thought about airplanes that allowed people to smoke).

And the trip was flight 76 and scheduled on July 17.

There is no year or time of flight on the pass.

It's just kind of weird to me because July 17 is next week. It's also the day after my birthday.

I wonder if maybe my brother knew Mr. Slocum, the smoker going to Missouri.