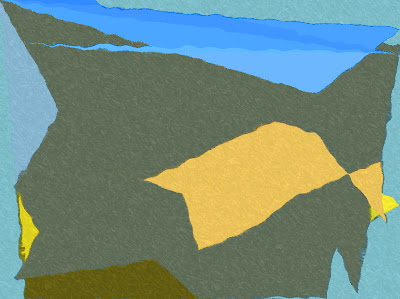 I want to establish my own Author Man Cave.

It would be different than what you might think, though, because the presence of things like HDTV and X-boxes and stuff like that would not be necessary.

Foosball or a pool table could work, but nothing that plugs in.

That way, we could even have it inside a yurt.

There is nothing cooler than the thought of having the first genuine Author Man Cave in a yurt.

There would be fire. And food. And whatever kind of drinks.

And we could all really sit around and talk about shit that has to do with writing and the business of writing. You know, shit like that.

I'd invite at least one of the following (some categories, there'd be multiples): authors, readers, editors, agents, teachers, librarians, bloggers, aspiring writers.

And they'd all be guys.

Believe it or not, I do know guys who do all those things. A lot of times, people like to pretend that guys don't do those things, or, if a guy shows up at a meeting of one of those things, he must have got lost finding Conference Room A versus The Tally-Ho! Sports Bar and Wing Joint.

Oh, and in case you're wondering, there is no consideration of straight, gay, something in-between, transgender, or anything else.

Because being a guy has nothing to do with sexual identity.

I know all those kinds of guys, anyway, and I also know plenty of males whom I do not consider to be worthy of entering the first genuine Author Man Cave to talk about writing because they're sellouts and covered in a glimmering sheen of preachy phoniness and staged sincerity, which makes them undeniably not guys, in my opinion.

You can't get much cooler than a yurt with a fire and Foosball table inside.

What would make it even cooler is that there would be no audience of onlookers who've paid a hundred and fifty dollars to raise their hand and participate in "Audience Q & A" for the final fifteen minutes, because the yurt would be closed after all the guys show up.

And, anyway, the session might last a very long time.

I will put the yurt down by the cottonwoods and willows next to the horse paddock.

I will send your invites out.