the ghost in tommy's room 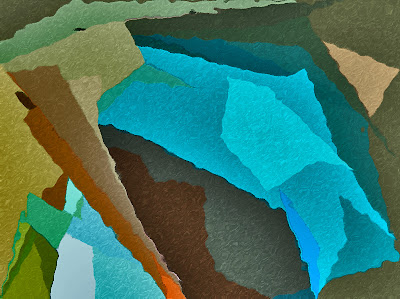 I realized this morning that I have quite a backlog of questions from readers that I should answer.

By the way, I always answer my email.

Some questions are good for the blog. They reduce my planning.

This morning, I got an email from my friend Matthew, who just recently read my first novel, Ghost Medicine. Coincidentally, I've received quite a few emails from people who just picked up that book in the past week.

Meghan, there are no f-bombs in Ghost Medicine. No cannibalism or decapitation, either. Just a kid who has to deal with the death of his mother and brother. Maybe the Wall Street Journal should tell people about what a horrible thing that is to write about, because no kids should have to read shit like that.

I think massive corporations that hack into cell phones to get dirt on normal people's lives should have more of a say in what we expose our children to.

Anyway, Matthew asked a question about Ghost Medicine. He asked if the ghost that appears in Tommy's room was Seth - the ghost character from The Marbury Lens.

Well, I answered Matthew's email, but here's a longer and more detailed response:

Just kidding. There is a ghost character in one passage in Ghost Medicine. The description of the ghost and what happened in Tommy's room is pretty much exactly as it happened to me, when I was a kid. When I was very young, we lived in an honest-to-God haunted house. I slept in my own bedroom, which was below ground in a partially-finished basement.

Coincidentally, that basement room setting is the same basement room Stark McClellan sleeps in in the novel Stick. So, yes... autobiography pops up in everything I write.

So, anyway, I had this ghost of a boy that would pop up in my bedroom and just stand there watching me. I saw him a lot. I can still remember what he looked like. I know it wasn't a dream.

I also never told anybody about the boy. Well, actually, I did tell people about the boy in Ghost Medicine, and, also, a few years after moving out of that very creepy haunted house, for some reason the topic came up in conversation. I told my mother about seeing the ghost of the boy. I was probably about 12 years old when I told her this. I went into detail about what he did and how many times I'd seen him. I never saw anyone else, ghost-wise, that is, in that house. Only that boy, and only down in the basement.

Anyway, when I told her that, my mother said she'd seen all kinds of ghosts in that house.

So there you go. It's a true story. And you didn't even have to hack into my phone to get it.