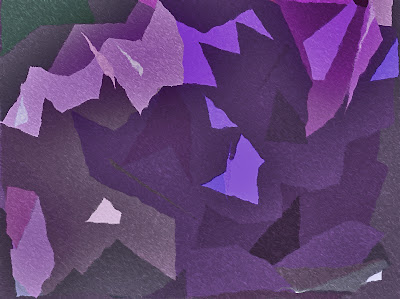 What else is new?

Yesterday, I received an email from the producer of the Midmorning radio program that I took part in on Monday.  He said he thought yesterday's comic (radio daze) was funny [I thought it was disturbing and kind of made me feel sick].

He also expressed concern that I may have thought the questioning was unfair or that I was mistreated.

Well... I don't know anything about being mistreated, but I do think the questions posed by the show's host were... well... like I implied on the cartoon yesterday... kind of weird.

As a matter of fact, right off the bat, I was kind of "weirded out" by the first things said to me, and I know that this is maybe more to do with me than anyone else. It's because I'm a pretty straightforward, cut-to-the-chase kind of person. So to say that the questions were rather circuitous (and I'll admit I have an attention-scattering-processing problem) and contained an awful lot of ideas, to me, is a gentled estimation.

Here's the other thing I'll admit to: When I hear things -- when people talk to me -- I see their words as type in my head. I know that's crazy, but I really do see words on a screen. This is probably the biggest reason why I wrote my next novel, Stick, the way I did. But that's beside the point.

Let me show you the words I saw from the first two questions:


So Andrew, I want to start with you because as I've said, Meghan specifically mentioned your newest novel... She said she... she feels that it exemplifies this kind of criminal violence and the dark themes that show up in Young Adult fiction and I have to say I know one of the scenes she was thinking of is one that I read this weekend in which a teenager has been kidnapped, it looks like he's gonna be raped by another man... it's a pretty explicit scene... you said you were surprised that she would single out your novel for criticism like that, but I have to say having read... uh... some of the novel it does seem like there is some violence and darkness there. To that you say what?
My head wanted to explode.

I didn't know what "that" I was supposed to say "what" to.

Criminal violence? Dark themes? How the host read one scene from a book I'd provided the previous Tuesday (this was Monday)? My surprise at being singled out? My novel "seeming" to have some violence and darkness?

But the thing that stuck out was the being surprised about being singled out. I don't think I ever expressed surprise at any time. Like I said, I was kind of flattered. I never felt persecuted, either. I never said anything bad or contentious about Meghan Cox Gurdon at all. So I was...

Like I told the producer in our pre-broadcast chat (which was a really cool talk, by the way): No book is for "everyone." That would be absurd. There are always going to be people who object to, or find fault with anything that anyone ever writes. That's part of the beauty of being a human being.

But when I said as much to the host, well... that wasn't good enough.

And here was how question number two flowed across the teletype screen in my brain:


Yeah but I don't know that that's a sufficient argument to say that well somebody's gonna find critique enough about anything that anyone writes I mean specifically to this point that she's making that I'm asking you about after having read some of these themes in your novel I mean this is this young boy kidnapped he's threatened with knives he's threatened with male rape and... and there is a lot of explicit violence in that scene and and through this novel and I'd like you to say to to tell me why you don't think that either the criticism is apt or why this is the kind of fiction that teens want to read and if it's appropriate that they read it.
(About this time, I think I extended my index finger and pantomimed a gun to my temple)


I didn't know what I was supposed to say. Again.


Why isn't it a sufficient response?

It's what I believe.

And then to go on and finish with this ... I'd like you to say to to tell me why you don't think that either the criticism is apt or why this is the kind of fiction that teens want to read and if it's appropriate that they read it.

I wanted to please.

But I didn't want to say what she told me she wanted me to say.

I wanted to go "off the board" and choose an option that wasn't available in Minnesota.

I'm a bad person for not saying what I was supposed to say.

But it was all so confusing.