more from the YA ghetto 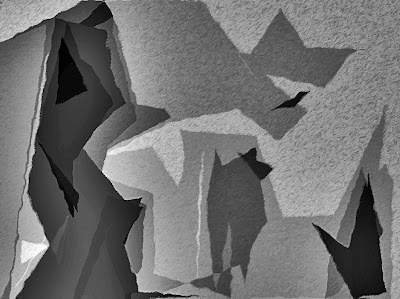 So, ironically enough, the next question from the kids I was going to post an answer to was the one where I was asked When you're writing, do you ever stop yourself from saying something because you're afraid of offending people?

Pretty funny in retrospect, isn't it?

But I was being sincere on yesterday's post, which I'm certain offended some people, that I do wait... write things out... and frequently delete them without ever letting people see them.

Especially if I -- in a calmer and more patient mood -- re-read them and find their effect to be less message-oriented and more... um... shocking.

So, and this is absolutely true, when I have a scene that I'm writing that gets a little pushy -- scenes of violence or, especially, sex scenes -- I usually draft them out in incredibly detailed and graphic form and then, during rewrites, go back and cut out lines and words to strip them down.

So, yeah, you probably know by now that all my books have sex and violence in them. And, it's kind of funny, too, because not one time in my career have I ever been asked to tone down language, violence, or sex.

Believe it or not, I "toned it down" before I submitted my final drafts.

And I'll be totally honest here -- when I sent in my original submissions of The Marbury Lens and Stick, and even In the Path of Falling Objects I was MORTIFIED that I accidentally sent in the *wrong* versions that had completely unexpurgated... um... stuff in them.

So, yes, in my completely obsessive manner, I did check, double-check, and again... endlessly to be certain I wasn't sending in the "director's cut" [ooooh... Drew gets in touch with his L.A. self] of those novels.

If you've (actually) read those books, you can probably fill in the blanks of some of the scenes I'm talking about.

And that's what books should do anyway, right?

Make the reader use his mind and work a little bit.

But, in response to the second part of the question, regarding offending people:

There are all kinds of ways that people experience the feeling of being offended. Some of them, you just can't control -- because we are social beings, which means that as a crowded and interactive "hive," we're going to bump into one another and ruffle our neighbor's sensibilities from time to time.

So I don't stop myself, but I do WAIT and try to be reasonably sure that what I'm saying is really what I intend to say.

The YA case in the bookstore is so ghettoized.

There really should be barbed wire and moats around it and stuff -- not to keep people out, but to keep all these weird and totally unrelated books INSIDE.

It's when some of them escape out into the real world that certain people get offended and shocked and outraged.

I think it's because they expect the YA ghetto to also be a homotopia -- which is a word that may either offend people, or start a new "trend" in YA fiction next year.