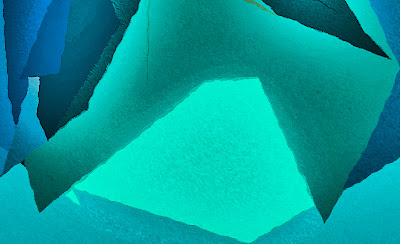 Yesterday was the first hot day of the year up here where I live.

Yesterday, coincidentally, I also heard a scientific detractor of anthropogenically induced climate change refer to it as "climate evolution."

Yeah... I'm still really bothered about stuff, so I'm not really sleeping. The Ugly God of YA is doing a real number on me.

The Ugly God of YA gets loudest, I've come to realize, every day between the hours of about 3 and 5 p.m. which is usually around the time when I swear my daily pledge to quit.

I have thousands of pages of novels here -- can you imagine that? Thousands of pages? Thousands... -- that nobody has ever seen. Sometimes, like Stark McClellan, the narrator of Stick, I have fantasies of burning down my house.

Where was I? Oh... last night, the window was open and I was lying there. It was about 2 a.m. And I was listening to the outside.

You know what you hear where I live during the middle of the night?

Well, there are crickets. Frogs. And frequently I can hear owls or coyotes, the horses stamping around in their enclosure down below. But that's it. No cars drive by. Ever. No sirens. No machines.

It's why I moved up here 14 years ago when my daughter was born.

So yesterday, while the climate was evolving, I had a nice long conversation with a guy named Chris Dall, who runs a radio program for Minnesota Public Radio.

Last week, they interviewed Meghan Cox Gurdon about her opinion piece bashing me and my book, The Marbury Lens, in The Wall Street Journal, and MPR wanted to see if I'd be willing to do an interview/talk show with them about it this Monday.

So I told them yes, but I also said that I didn't think I was going to say what most people would expect to hear. I mean, I do have a bit of a score to settle -- but it's between me and The Ugly God of YA , not between me and Meghan Cox Gurdon.

So Chris and I talked for a good long time. He wanted to get a sense of where the show would go, and, probably, if I have an annoying voice (which I think sounds garbled and mumbley).

I mean, it's like I said before, in this day of instant status updates and twitter feeds and so on, it's usually the loudest baby bird that ends up being fed and having their self-esteem all self-esteemyized, even if they elevate their outrageously confident arguments on the fragile scaffolds of their own anecdotal and narrow experiences.

As long as you're loudest, you triumph.

And the climate continues to evolve.

Yesterday, feeling particularly self-destructive and climate-evolvey, I went on a 12-mile run.

I'm leaving on another one now.

I'll post links and stuff for the MPR show when I find out more details.