a lonely YA reflection 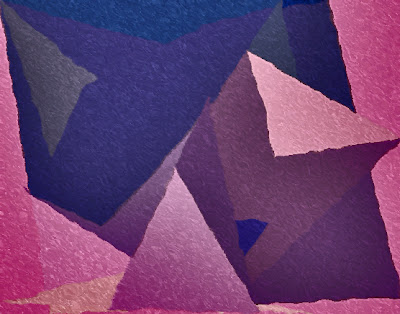 Yesterday's YA in Bloom event sponsored by Bridge to Books was huge.

Trust me. Bridge to Books knows what's up. If you are an author, teacher, librarian, blogger, reader, or anyone in Southern California who's interested in improving literacy and getting more books into the hands of more kids -- and delivered by people who know and care about what they're doing -- this is a group to keep your eyes on.

I think everyone was a little overwhelmed by the number of people who turned out at Vroman's.

Now, let me talk about isolation.

You know, I have been left all alone at el rancho de drew and have to mope around doing all these dumb chores: feeding horses and dogs, picking cherries, watering stuff that isn't supposed to "die" (why can't we GMO lawns, plants, and livestock with zombie DNA so they never die?).

And don't even get me started about how I'm supposed to "clean my room."

Anyway... it's a rather isolated life up here where I live, which is good for writing -- even though I swear, I swear! I am not going to start on anything new.

So... yesterday. It was a blast. I got to sit with some of the coolest, funniest people you could ever sit by.

Did I mention I was sitting there? And there was lunch involved. And really really nice cake.

Are you still picturing?

Well, I'll admit I stole this from Lisa Yee (I think it's rather obvious who took the photo). She stood up on her chair during lunch (a gymnast, that woman!) and pointed the camera out from where we sat. It looked like this: 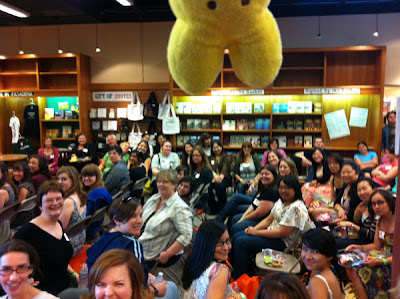 And that's only part of the crowd.

You would if you were The Great Big Giant Me.

You would notice that there were, like 300 women present, and three or four guys. One of them is off camera below Peepy's ears. That would be me.

There's nothing wrong with this picture.

There's something very wrong with what isn't in the picture.

Time to step up.

I've written plenty of posts (and included data from academic studies, no less) about the declining literacy rate among boys, and how a BIG part of the problem is the perception we "sell" to boy readers: that reading and writing are fundamentally feminine pursuits.

Just look at the picture.

So, I've got a few things to say about this (when don't I?), and a lot of it is going to come back around to a kind of mass-buy-in, self-fulfilling prophesy that MAKES boys into non-readers.

And that's an issue we can all do something about.

Speaking of issues, think about "issues" in YA. I heard some of them mentioned by booktalkers yesterday. Um.

Books that deal with issues -- at any age level -- are important because they help readers make connections between their lives and experiences and the rest of the world. Sometimes, those books are the only floatation devices available for kids who feel totally adrift.

The thing is, there are issue books for boys. Just not too many people talk about them, fewer know about them, and big brick-and-mortar booksellers won't allocate shelf space to them because... look at the picture.

This is what we've been making real in America in the last 30 years.

And that's a pretty serious issue for everyone.

Oh... I'm just getting warmed up. There will be more on this subject.

And, Cindy Pon: you better believe I've been following your Diversity in YA movement, and I have to give you a LOT of credit for consistently having male authors and books dealing with guys presented on your tour (thought I wasn't lurking/stalking, didn't you?).

Because, at its most obvious and elemental level, diversity begins with gender.

Look at the picture.  I'm not asking for half -- I wouldn't really want to lose my table mates, but maybe just a few more footsoldiers to prove that guys write and read and love books?

Time to represent for the benefit of our sons.