a return to the why chromosome 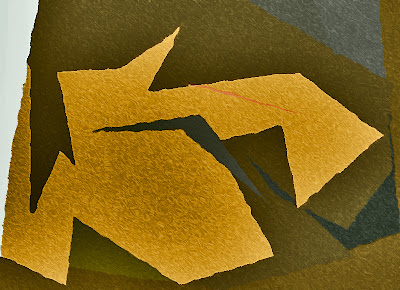 So, I know I kind of lapsed into the excitement of finally being allowed to spill my guts about two of the new books I have coming out, but I had intended to continue a couple of the thoughts I started to express on Sunday's post (a lonely YA reflection), which drew a number of intelligent responses.

Specifically, I was pointing out [okay, I'll admit it... I was whining] the under-representation of guys as writers, readers, bloggers, teachers, mentors, etc. when it came to advocating literacy, and, in the broadest sense, for the future of our kids.

One response to the blog pointed out that something changes in boys between young reader age and teen years, and another said that boy readers (if they're still reading) tend to skip past the teen section and go straight to the adult fiction in bookstores.

There are a lot of factors behind this: First, the teen section of the bookstore is... well... pretty girly. Listening in on the BFYA teens commenting at ALA, I got the sense that covers -- the first visual representation of what's available inside a book -- are tremendous factors in attracting or repelling potential readers (oh... there are lots of real academic studies that elevate this theory to "law" status).

Go look at the visuals in a typical YA section at a B&N -- or pull up their "Teen" page on the web.

There's a good likelihood that I'm unique in my wrongness, but if I were a teen reader looking at the heavy overemphasis of feminine imagery (and thankfully "YA" sections didn't exist when I was a "YA"), I would think somebody was trying to tell me something.

YA equals girl, swirling mists, and something dark and shadowy -- could be a tree, a castle, or something wearing a cloak (who the hell wears cloaks?).

And anyway, since about 2000, we really don't want our boys to be creative, intuitive, and different, anyway... so why would we encourage boys to read and write?

We want them to be the same.

We need them to be standardized, so they can bubble in math and science tests that have only five possible correct choices (because the universe is like that, isn't it?) with a higher degree of bubbling-in fantasticness than boys in China or South Korea, or wherever boys bubble better than ours do.

An overwhelming volume of evidence shows that, by the time they get into high school, boys’ achievement in writing falls behind that of girls. Much of it has to do with the representation of the culture of literacy, and its obvious gender bias, particularly during formative years when gender-role identities are becoming entrenched in the personalities of boys.

Look, I'm not blaming anyone for this specifically, and if you disagree with the gender-bias association in reading and writing during the teen years, then I wouldn't mind taking up that discussion.

It is a vitally important issue to address, too, since success in any area of academic curriculum depends on good writing and a developed degree of literacy.

Amy Corso, writing in The International Journal of Learning, identified a significant source of pressure on boys around the ages of 11 - 14 (backed up by Taylor's findings). She wrote that since boys at the secondary level face a tremendous amount of pressure to be socialized in manly ways, they naturally strain to separate themselves from people or pursuits they perceive as being feminine (like reading and writing). She writes, "Ultimately, these forces inhibit the student’s ability to participate in the creative process."

You know how tough and pressurized those years are if you're a guy, or if you've raised a boy through those years -- so if the prevailing culture is that "Teen Reading is Girl Reading," as evidenced through media, marketing, advertising, visuals on book covers, and even by the dads, brothers, writers, bloggers, teachers, coaches, librarians, book lovers -- MEN -- who (fucking don't) show up at literacy events for teens... well, we're not only going to lose boys as readers and writers, we're actually harming them.

Oh... and don't tell me "but boys don't read," because that simply is not true. Boys are, however, passively pushed away from reading "Teen" or "YA" books, and for some boys, that subliminal message can shut the door forever on the development of lifelong literacy and reading.

Unfortunately, as we're doing to the individual child, we're also "standardizing" educational culture, and it's not a pretty transformation. Class sizes are increased with less attention paid to high-achieving, creative, intuitive (because we don't want that) kids. And libraries -- the only actual place within a school environment where kids have unimpeded freedom to explore new ideas -- are being shut down.

Because libraries, like arts programs and non-formulaic or rubric-based creative writing, aren't going to help us out-bubble the kids in China and South Korea.