more qs than as 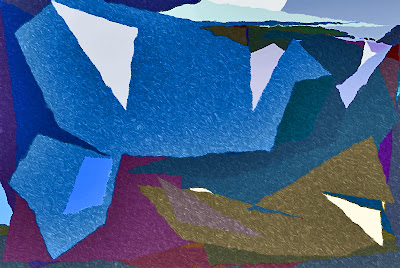 Why do I feel like I'm stuck in the Sargasso Sea whenever I finish something?

By the way, I just want to point out to the more concrete thinkers out there that I was being bitter and facetious when I said I would be watching every Saw movie ever made instead of going to ALA.

Although I won't be going to ALA (which makes me bitter), people who know me will offer testimony to the fact that I rarely watch movies.

Whenever I talk about how infrequently I watch movies, it seems, people who watch a LOT of movies tend to get... well... a little tense. Like I'm bashing their religion or something. I "start" watching movies from time to time... but it's a rare movie that can keep me watching until the ending credits.

So, let me apologize for my shortcomings as a member of the audience of cinema. I suck at it.

Want to hear a multi-state gasp?

I know, this is going to make an awful lot of people think I'm an awful person...

I'm saving that up for the next ALA I don't get to go to.

In the last month, I've (ugh... here goes GREAT BIG GIANT ME again)... well... not ME... it's really because of the monsters that come out of (me)... but, my book, The Marbury Lens was the cover of Booklist... then there was that "thing" that came up in that "Journal" about me... oh, and let's not forget the Institute of Skimmed Books review... and, more recently, a very nice, swanky-photo feature interview with GREAT BIG GIANT ME in VOYA magazine, written by Matthew Weaver.

By the way, in the same issue, there is a photograph of Chris Crutcher's great big giant mustache.

I wonder why, in writing that last line, I suddenly remembered I had a most unsettling dream last night where alligators and lions were trying to eat me... they were all below me and I was standing on top of a picnic table.

I know I'm afraid of mustaches... and so I guess my brain just went to its "scary" place.

I never read articles about me. I always tell writers that.

Hey... I just realized that qualifies me for something.

But I don't know what.

Actually, I did read Matthew Weaver's piece about GREAT BIG GIANT ME. I really liked it.

Also, the photograph in the article was taken by a very talented photographer (and writer), whose name I'm not going to mention because I don't know if she wants to be associated with someone who never watches movies (I understand she knows how to use Netflix -- whatever that is).

She told me -- these are her words -- she was trying to go for the "non-douchebaggy" author photo look.

Just in case you ever wondered what that was, exactly.

So... regarding this whole disappointing ALA thing (but my books WILL be there)... no, I am not going.

Coincidentally, the entire rest of my family will be taking off on a vacation for a week during that time, bringing my son up to Berkeley for his freshman orientation, or whatever.

I will be home.

Pouting and not watching movies.

Playing the role of the ancient mariner.

You can read an electronic version of VOYA (Flash required) here. My interview is on pages 136 - 137.