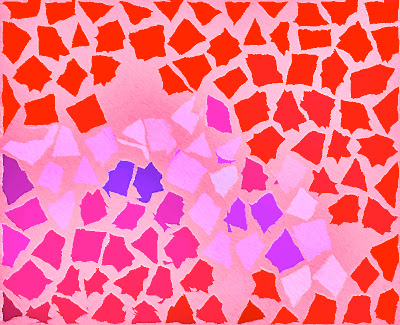 As I've posted previously, the Bridge to Books people hosted a terrific event called YA in Bloom at Vroman's Bookstore in Pasadena on Saturday.

A note about Vroman's: It's a pretty amazing store. I've always wanted to sign books there, and this was the first time I got to do it.

I think on the Authors' Indie Bookstore Bucket List, Vroman's is right there with those other iconic bookstores (you know which ones I'm talking about) that I hope to one day check off my list. But, at least I got Vroman's done.

And it was, honestly, probably the most fun I've had at an in-store signing.

It was so fun that I decided to steal some pictures from the Bridge to Books folk and share them here on my blog (these photos are copyright Bridge to Books 2011... except the weird one). 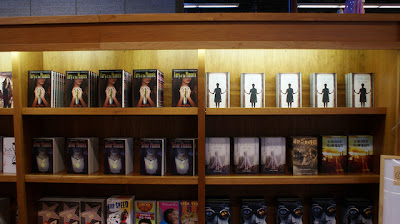 Every author... well, probably every author... has been in a situation where they've gone to a signing event and there were, like, only two copies of his book there. Well, Vroman's had all my books there. It's really cool to go to an event where people are getting multiple titles signed. Trust me. It is... and it's especially gratifying to meet people who are fans of The Marbury Lens, so they pick up Ghost Medicine or In The Path Of Falling Objects, too. 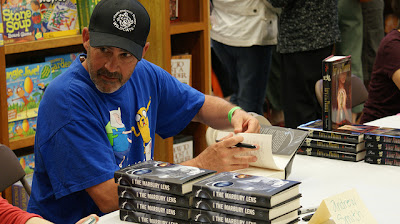 So, I got to sign a lot of books. And I got to meet some very nice, enthusiastic readers, too. 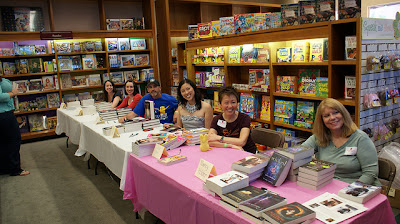 And it was really fun to hang with the authors, too. At the signing table are: Jessica Brody, Katie Alender, me, Cindy Pon, Lisa Yee, and Nancy Holder. There were other authors present, too -- some of whom have debut novels coming out in the months ahead. 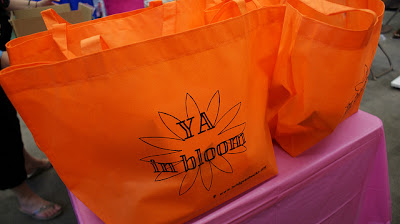 The swag bags they gave us had some kickass stuff in them, too. Among the goodies in the bag was a tattoo for Gretchen McNeil's debut, Possess, which comes out August 23. Who doesn't love a good demonic possession now and then? Anyway, Gretchen told me that if I put the tattoo on my right wrist (see below), it would protect against demons. I'm okay with that, but I was really hoping it would help clean my room. 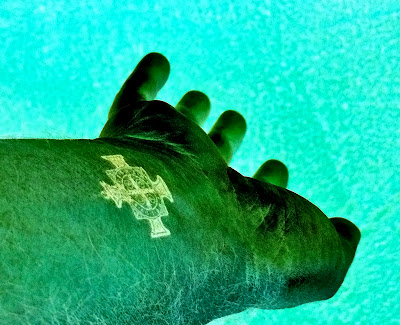