only bad grownups read YA 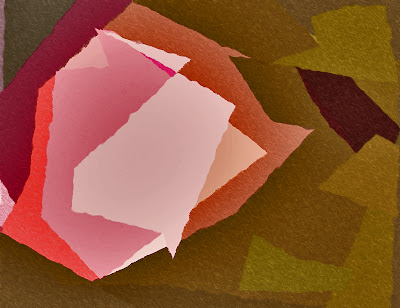 I'm going to confess to something.

And it's not what you think.

My confession is that I wrote this blog post ahead of time.

Yeah, I blog just about every single day... and every day I just make that shit up in the morning.

Even the comics, which I usually "draw" in my head while I'm not sleeping at night, which is why they're disturbing.

Anyway, I wrote this ahead of time because I went to a concert last night, to see one of the best American bands out there. So if this post is not about New Jersey post-punk rockers Titus Andronicus, then you'll know I wrote it in advance. Which is something more than a paradox.

I just wanted to say that since November of 2009, I have written four novels.

Some people call them YA.

I don't really care what you call them, unless your definition of YA makes them something that they're not.

Which is also something crueler than a paradox.

The first of those novels is Stick, which will be published on October 11, 2011. (I've already told about how I wrote that novel for NaNo in 2009). The other three I can't talk about yet.

Two of the three have already been sold to a major publisher (I believe I'll be able to talk about their titles, publisher, and everything else about them in the coming week), and the third is on submission.

And that's finished stuff, not drafts.

One of these days I'm going to see how these real writers pitch ideas and dig themselves holes to fill in ahead of time.

So I was thinking about why "grownups" read YA.

I think it's because YA is tougher, more challenging, to read than a lot of adult lit.

Good YA gets to do lots of stuff that adults (and adult lit) don't get to do, and for this, it has quite an appeal.

Like the milestone "young adult" marks in our lifetimes -- the better literary embodiment of that developmental phase is all about challenging rules, resisting convention, and experimenting with consequences -- all things "grownups" avoid, or, at best, have learned to disdain in exchange for the assumption of their role as designated driver for the SUV of Society.

But there's something else going on here, too.

And I believe it's rather noisily expressed by the shouters who've been pumping out the latest baseless, emotional, and ill-supported salvos of critical assaults on fiction for and about Young Adults.

It's easy to crank up the heat of contention when you base a 1000-word essay (if you'd call it that) on a universe of extremes: It's either/or, light/dark, pure/profane, good parenting/book banning -- because, quite obviously, if you're for one, you're against the other.

It's almost easier to buy-in and be functional if they can convince you (as the band writes) that "the enemy is everywhere."

Are you with us or against us, kid?

Maybe some of us are still stuck in that why-does-it-have-to-be-one-way-or-the-wrong-way mindset that accompanied that rebellious, self-exploratory Young Adult stage of maturation.

And there's something great to be said for that perspective, too.

You have to be open to middle roads and unafraid of detours, and tolerant of the great spectrum of hues that really exist between the fringes of black and white.

People who read YA -- and it doesn't matter how old they are -- get that.

I actually did write this piece this morning (running on 2 hours sleep).

My wife and kids have just left for a week's vacation, leaving me to mind the ranch in solitary isolation.

The enemy is everywhere.