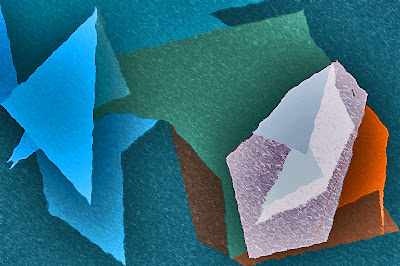 If you were to map out the dance steps followed by the main character in just about any novel, you'd eventually get to a point where the guy has danced his way onto a ledge and is either going to fall off or turn around.

As a writer, being at that particular place in your work can create some anxiety. It's why a lot of people who write can really benefit by having critique groups, or, at least, hanging with other writers who might act as sounding boards for the choices the writer must consider.

Well, I don't have a crit group, and I don't hang with anyone. So, when I got to that which-way-is-he-going-to-go moment in the last novel I wrote, I felt really torn. In fact, I started writing out different dance steps, but I kept going back and erasing them.

So I did something I'd never done before: I asked some of the kids in my writers' group, including my own son, what they thought would happen. I told them the entire story up to that crucial on-the-cliff (literally, in this book) moment and I laid out for them the choices my main character had at that point.

And, no, I'm not going to tell the story here. But I got some interesting perspectives -- some of them pretty mean -- on what these young writers thought might happen.

I ended up, admittedly, not taking any of the kids' advice, because I already knew deep down what had to happen. I was just stubbornly attached to prolonging the moment -- the universe of the story -- I think (which is something most writers probably experience, too).

But just being able to talk to other people -- writers -- about what was going on was tremendously insightful to me.

This post has nothing to do with that writing stuff.

It's about teaching and learning.

They're both verbs. Well, gerunds in this case, I guess.

In any event, they don't operate on rechargeable lithium batteries.

It's why kids -- well, students of any age -- will always be intellectually shortchanged if they learn anything from a machine.

The directions a machine will take you -- however intricate they are -- will always be like those inkstamped black footprints in an Arthur Murray Dance Studio -- you have no choice but to follow them.

Machines can't capture the creative inspiration that is spontaneously generated by human interaction -- the teachable moment, where you don't necessarily HAVE to turn right or left, depending on how you look at things.

You might end up somewhere completely off the GPS.

Which is why -- literally -- (you can ask my son, he'll tell you) my car's GPS suggested I drive off a cliff last week when I refused to follow the course it had laid out to get us where we wanted to go.

This might have been a thrilling ending to our story, but it wasn't exactly the choice I had in mind at that moment.