how old are you, anyway? 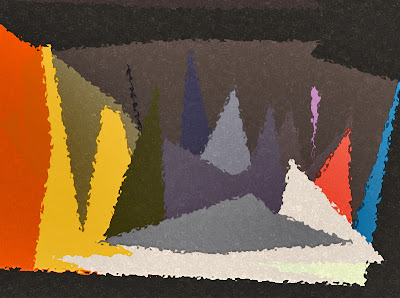 Among things that were lost in Blogger's Black Hole last week were some comments on the Afterglow blog about the idea of Stick being YA or MG.

Well, if you've read many of the posts on this blog, then you're probably very well-versed in my disregard for the whole "YA" thing, but MG (Middle Grade) is something else entirely.

So I thought I'd spend a few words here about the idea of Stick being MG. After all, as my good friend Shannon proclaims -- this is (as always) Middle Grade Monday.

I suppose one of the key features (and... oh! I could be so totally wrong about this, although I have read a fair share of what are called MG books) of MG is that the protagonist happens to be middle-school-ish age... like, grades 6 thru 8, I guess.

In that case, Stick could be considered MG, since the main character, Stark McClellan, is in 8th grade and has all the typical 8th-grade boy kinds of issues (not the least of which include things like competition and worrying about high school) as well as some pretty significant "other" problems to deal with as well.

This is where the lines get blurred again, as is typical with the things I write, because the boy's brother, Bosten, has some pretty grown-up problems, and there are an awful lot of full-blown adult characters in this book, too (more than any other book I've written, I think).

Could Stick be considered an MG novel? I think so. But I don't really care what people call it.

I said yesterday (and it's the absolute truth), that I buy a lot of books based on reviews I read from certain sources which I will not reveal. To be totally honest, I think if I only read the flap copy for Stick, I probably wouldn't pick the book up. On the other hand, if I read a review (like the one last week, and Adam's from Roof Beam Reader) that mentioned the experimental structure of some of the prose in the book -- well, that would probably get me interested enough to pick the book up.

Or maybe it's just a book.