apart of the family 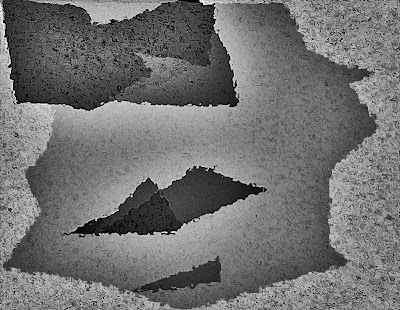 Yesterday, a discussion was raised about piracy of such things as electronic copies of books on one of my favorite blogs, The Quintessentially Questionable Query Experiment.

I was really -- sadly -- surprised at how many people commented with a general laissez-faire attitude along the lines of oh well, everybody does it... if it's going to happen, make the best of it, or (the saddest), if I do it and like the book, I'll go out and buy a REAL copy anyway (cue the CGI halo and vaseline on the lens special effect).

But I'd like to channel my inner-Paul-Krugman and gaze through my economist's spectacles for just a moment to provide, maybe, some sober perspective on the macro-effects of piracy as it relates to artistic expression and the evolution of human creative intellect.

But I love economic discussions.

I know, and have been told numerous times, that my books are out there on P2P, torrent sites, getting pirated by people.

Ahhh.... expanding literacy, one criminal at a time.

(does a princess wave)

First, on the micro- and personal scale, which doesn't amount to much given the prevailing baa-baa-baa-ing of "everybody ELSE is doing it" sheep in society: My books nearly killed me to write them. I have a family to support.

A couple weeks ago, Robin Pecknold said in an interview (I think I read it in a British paper) that piracy helped develop better artists.

Robin, I really liked you before you said that -- hopefully you were misquoted.

In the interview, Robin seemed to be flaunting the fact that he's satisfied with the amount of money he's already made, which is a kind of screw-all-you-struggling-newcomers pronouncement that stinks of elitism and a lack of compassion.

Yeah, the world isn't perfect, but piracy, P2P filesharing, whatever you want to call it, just ends up making it more difficult for new, fresh, vital, and critical ideas to take hold.

If new voices in music, writing, whatever, are preemptively squeezed out of the free market of expression simply because they can't survive in a capitalist economy where it doesn't matter if people like Robin or Amanda Hocking or Stephen King can shrug off a few thousand rip-offs... well, collectively we all lose.

In the long run macroeconomic perspective, unchecked piracy will ultimately lead to uniformity and the absence of diverse perspectives.

It's simple supply and demand: when the price is very low, only the giant producers can afford to stock their shelves. One brand rules all. This may not be undesirable for such extravagances as electricity or drinking water, but when it comes to art... well, I have some concerns about that.

There are some really important reasons why humanity needs endowments and sponsorships for arts. But they are going away. We all know that.

And piracy will kill off the rest of the small, colorful fish in the sea.

Art will become McDonalds-ized and Googled and Microsofted and Wal-Marted; consolidated and churned out for the restricted, uniformed, shove-it-down-your-throat diets of the "everybody's doing it and I want to be a part of the great big giant everybody" masses.

Everything gets reduced to sameness.

Especially when "everybody" decides it's okay to do it.