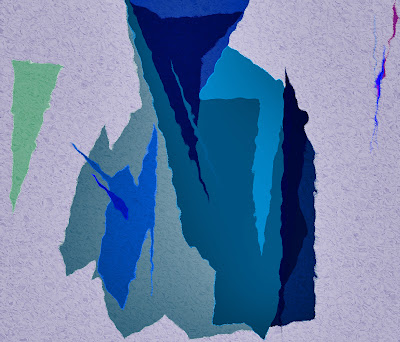 Too bad for all the rain and snow in Los Angeles this weekend.

The Los Angeles Times Festival of Books at USC was pretty much a complete wash-out.

We muddled through, somehow.

I was actually amazed by the masses of book lovers who braved the fierce Southern California elements to show up for the event.

The day began with a panel of YA Authors discussing their work. 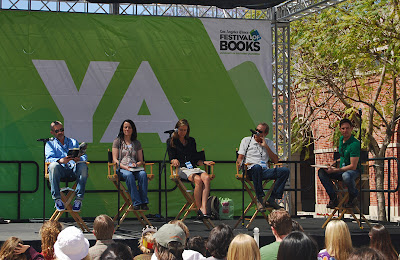 That's me, reading from The Marbury Lens, Ally Condie, Laura McNeal, and Tom McNeal, and the moderator is Aaron Hartzler.

The panel was actually really good. All the authors read passages from our work. 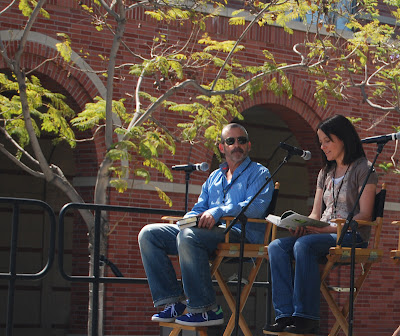 At the end, Aaron opened it up to audience questions. A young writer asked for tips for aspiring authors. My response was two words: 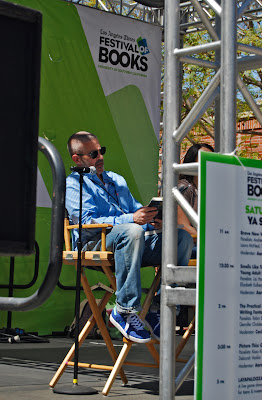 Afterward, it was really nice to see all the fans who braved the hellish winter conditions to get copies of my books signed. This may have been one of the few events where people actually showed up (under umbrellas, trash bags, and anything else that could protect them from the lingering winter) carrying all three of my books: Ghost Medicine, In the Path of Falling Objects, and The Marbury Lens.

There were even more than a few eager questions about Stick, which I carried around (my one and only copy) to taunt people with.

One of the two kickass moments of the day: A girl, while waiting in line for autographs, downloaded The Marbury Lens onto her Kindle, and then asked me to sign the back of her Kindle.

With a black Sharpie. 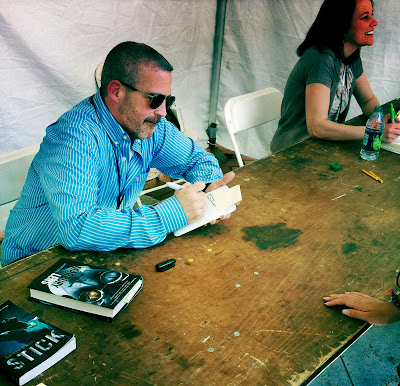 But I got over it.

Then I sat under a tree with my daughter, trying to get away from the stinging brutal sleet that began hammering us that afternoon. 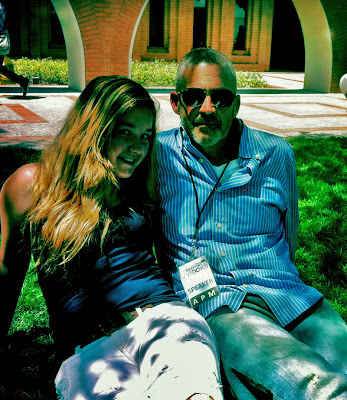 That poor girl... I'm so proud of her. She gave her only coat to a lonely lost girl who was shivering in the cold.

Second kickass moment: When author Kami Garcia got a copy of The Marbury Lens and asked me to sign it (she even used an f-bomb to describe how much she liked the book).