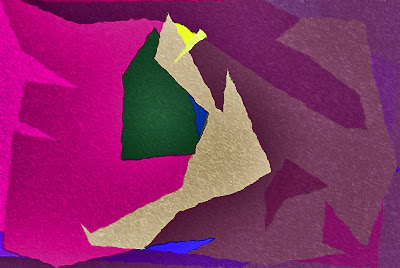 You may remember a while back, there were a few authors (myself included) who took a kind of a stand against a publisher/editor of a forthcoming YA anthology over an editorial decision made to bar the inclusion of a story that included a male-male romantic theme.

So I said, no, I can't be part of a project that excludes, or, at the very least, ignores the reality of same-sex relationships.

And I destroyed the story I'd written for the anthology.

Well... I didn't actually destroy it, but it's not a story any more. The story became a novel, and the novel sold to a publisher (details will be posted soon).

Anyway, I like the novel. A lot. But I was also disappointed at having to extricate myself from this anthology over a very poorly-handled editorial decision.

The story of the anthology continued, though.

On April 29, I received an email from a new editor who was taking on the project (the original editor got... um... "replaced" due, no doubt, to the rather icky way an issue of rejecting content that hinted of same-sex attraction was handled). The editor wanted me to reconsider and submit my story.

At first, I thought the idea sounded good. The publisher was going to donate ALL royalties to the Ali Forney Center (a housing program for homeless LGBT kids in New York).

On May 4, I received a new contract. And that's about when I started having a lot of second thoughts about the project. Which were, technically third thoughts since I had originally pulled out.

1. Since I wrote the story into a (damn good) novel, it was just not going to be available to them. The assumption was that it would be the same story... but I just wasn't going to do that, considering I had agreed to a deal for the novel.

2. The more I thought about the donation of royalties, the worse I felt, for the following reasons: First, it was almost like I was working to benefit the PUBLISHER (who desperately needs to atone for some obviously disgusting behavior)... and not so much the Ali Forney Center. I didn't feel good about that. I kind of felt like I was being used to "make right" something that the publisher (or editor) did, and not to help this valuable and worthy program in New York City.

I didn't really go into reasons why... I just said the original story had been sold as a novel and I wouldn't be able to submit something new.

That's when I got a really nasty and threatening-sounding email from the new-and-improved editor.

First off... jeez! I took three weeks to make a final decision on the matter. Three weeks in publishing is like a nanosecond in puppy years.

The decision was mine. I didn't feel good about it. I said no.

But, and even though I have absolutely NOTHING to atone for, oh homophobic publishing house, here's what I am going to do (and I will provide photographic evidence of this):

1. When I receive my advance for this novel which I sold, I will make a donation to the Ali Forney Center equal to 100% of the advance you, oh homophobic publishing house, were going to pay me for contributing the story which I am now not going to contribute.

2. Not only that, but I will also make a donation OF THE SAME AMOUNT to Trevor Project, Los Angeles, since I am from Los Angeles and kids need help on this coast, too.

I don't have anything to make right.

YOU go do the right thing.

That said, my forthcoming novel, Stick does touch the issue of homelessness for gay street kids in Los Angeles. As far as I know, there are ONLY three signed copies of Stick in existence in the world.

I'm thinking of setting up an auction of a fourth copy of Stick to benefit a kids' homeless/LGBT program here in Los Angeles.

I'll let you know when that happens.