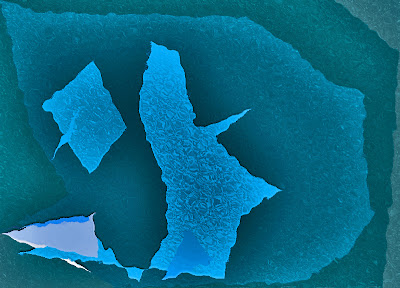 I had no idea this would be so conveniently unfolded, too.

First, I appreciate the comments here (and in other places) about Dystopian fiction. Actually, I wasn't surprised by the consensus as much as... well... kind of relieved.

I was secretly hoping that nobody would make the claim The Marbury Lens is Dystopian YA -- even though I've heard the connection in the past.

There are lots of reasons why I bristled at the labeling of The Marbury Lens as Dystopian fiction, and here are some of them:

1. You know I hate being boxed in. To me, the whole Dystopian trend creates a set of pre-established conventions and elements that constrain reader expectations and, unfortunately make a lot of people roll their eyes.

Are there such things as hipster readers? I think there are, but it's secret and most of them violate some of the key tenets of hipsterdom (and I do have a blog post written all about what hipster readers are -- and what they should be). Coming soon.

That's also why I hate the whole concept of YA as a label (my H8 YA posts started a cyber explosion last year), and why I've already thrown out the future-wrench-in-the-works concept of Stick being a Middle Grade novel with YA issues that's written, really, for adults.

2. Bigger than the boxed-in by expectation notion, to me, is the more important idea that, not only do I NOT want to be a part of something that's trending, no matter how cool it may be (sorry -- an obvious personality defect), but I always want to write stuff that makes people scratch their collective noggins, argue, and say what the heck IS this?

So, back when I was writing The Marbury Lens, whenever I was asked about what I was working on, I told some of my friends the following:

I'm writing a fantasy that isn't really a fantasy.

But that was the only way I could explain what The Marbury Lens was to me.

So, on to the synchronously timely development.

Yesterday, a librarian friend of mine in Texas [Attention, Texas: I owe you. I do have so many terrific fans and supporters in that great state.] sent me a note, asking if I'd seen this most recent edition of Booklist.

And, to be honest, if the trapezoidality of The Marbury Lens must be slipped into a very round hole, I'm pretty much okay with it being the SF/Fantasy hole.

Especially as opposed to the one labeled with the made-up "D" word.

You can see Booklist (and Jack) here.