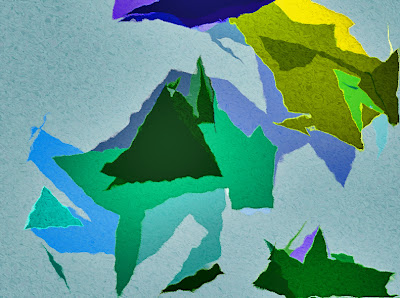 Soon enough, we'll know the outcome of the bet.

Kimberly Pauley's horse, Uncle Mo, scratched, so she'll be tying her fate to another runner (I haven't heard who it will be, but there is a horse named Stay Thirsty that I am strangely attracted to).

Because of the name.

My horse, Pants On Fire, came in yesterday at 20:1. Catherine Ryan Hyde's Archarcharch was listed at 10:1, and Brian Farrey's pick, Dialed In, showed an impressive 4:1 favoring.

Yesterday, I was talking to SMIK (Smartest Man I Know) about #TheBet. SMIK is quite a fan of all things literary, and pulls no punches when giving advice or commentary (if you think I'm abrasive, you should sit down with SMIK sometime).

Sometimes, in an effort to make the situation better, you just have to say 'fuck it.'

Anyway, SMIK has been following #TheBet. He's a devoted reader to The Atlantic, and thoroughly enjoyed the Stephen King story and related piece that were elemental in the genesis of #TheBet, and he's read the relative authors' blog posts on the subject, too.

(Not mine. No.... SMIK would never read my blog. I wouldn't ever own up to this rag existing in the presence of SMIK -- who has, I might add, read three of my books. Not Stick, though. I don't let anyone read that.)

But SMIK gives a nod of acerbic approval to #TheBet.

"I like the idea," he said. "Sometimes, to do great work, all you need is a starting point."

I have more stuff about SMIK coming up, and we'll see about the results of the big race, as well as the cliffhanger of Kimberly's missing pony, too.

Today, I am dashing down to Mrs. Nelson's at 1:00 for their Young Writers Contest Awards. My son, Trevin, won first place (yay, kid), and his girlfriend, Kaija, won honorable mention.

I hope it doesn't seem suspicious to anyone. The only help I gave them was listening to them read aloud in our Writers' Group, nodding acerbic approval (I model myself after SMIK), and maybe... just MAYBE... correcting a grammatical mistake or two.

I'm not sure, though, because Trevin and Kaija are both SKIKs.

We found out yesterday that Trevin also came in Second in Anne Mazer's and Ellen Potter's "Spilling Ink" writing contest for 16-years-old and under.


UPDATE: Kimberly Pauley has selected the horse Comma To The Top as her entry. Comma To The Top comes in as a 30:1 long shot. Yikes. I have a feeling Uncle Mo could stay in bed and beat that slug.