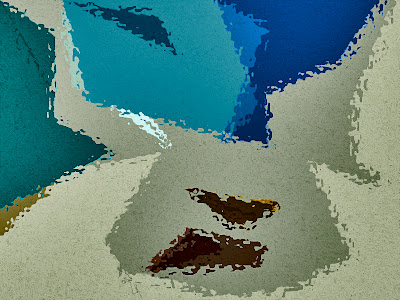 A few days ago, a very nice review of Stick appeared on a book review blog called Afterglow Book Reviews.

That blog, like this one, is hosted by Blogger, which promptly melted down for about 2 days, losing all kinds of content and comments (which is why I didn't post yesterday, and why comments from earlier posts have -- poof!).

And, very much in the Troy Stotts tradition (he's the protagonist in my first novel, Ghost Medicine), I take pretty much everything that happens to me as some kind of personal message, or sign.

I've been getting a lot of "do not enter, wrong way" signs lately.

Anyway, the review of Stick has been restored. I'll link to it below. But I wanted to say a few things about reviews in general, and this one in particular.

I like the Afterglow Review of Stick, not just because it's very flattering; the review hits on some of the key components of elemental features in a novel without giving up important story elements that a reader will enjoy discovering independently of a smug I-got-to-read-this-before-you-did-so-neener-neener-neener book reviewer.

I now want to punch myself in the face for saying that.

But knowing what NOT to say in a review (good or bad, by the way) is a more highly developed skill than blathering on and on (which is something I know A LOT about... believe me).

You want to know some things I've read in book reviews that have made me absolutely cringe?

And they're not reviews about my books, either...

Here's what is the worst, in my opinion, (paraphrased, so I won't get tweeted at in ALL CAPS):

Because they all sound pretty much the same, too.

About a month ago, a book reviewer (of some significant and unarguable prominence, I might add) was reviewing a recent YA/MG release, and the reviewer used the phrase "best book of the decade" in praise of this title.

And, I'm like, really? April. 2011. A scant 15 months of a 120-month decade have gone by and you can shut your doors until 2020 and start watching "Dog Whisperer" marathons after you read these 200 pages, because it's already over. Done.

If you can't tell, it kind of bugs me when reviewers with massive followings (as evidenced by re-tweets and facebook shares) post hyped-up proclamations like this. It kind of smells suspicious, too.

There are a few books coming out this year (still unreleased) that clusters of reviewers have been "buzzing" [and -- forgive me my darker sensibilities, but that verb makes me think of flies, a rotting corpse, and wriggling maggots] about since last year's (fill in the name of the appropriate national convention, trade show, or conference here).

They use the phrase like -- The ONE book to read in 2011 (I saw that singular admonition on a review of a not-yet-released book today. The same review used the verb "buzzing" and mentioned a conference last year. Just sayin'.)

Maybe it's just me, but it bothers me when notable reviewers start using words like "best" and "one" as though they have some infallible Ouija board in front of them. Even after the fact, "Bests" lists imply that the reader hasn't possibly missed one that might have been "better" -- or maybe wasn't "buzzed" about while we were all still fetuses.

And besides, we all know that stuff, don't we? We're not so susceptible to hype and falsely prescient hyperbole, are we?

'Cause, anyway, if you were only going to read ONE book in 2011, it won't be out until October 11. And I wrote it. Believe me. I have a literary Ouija board app on my iPhone.

You can read Afterglow Book Reviews' review of Stick here.