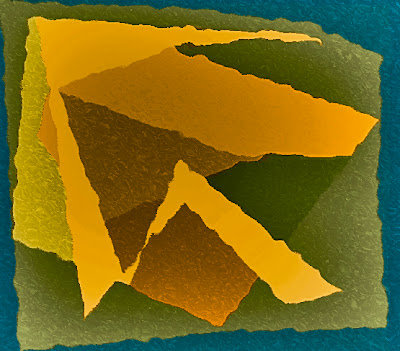 So the other day, I was talking to SMIK about something that I've noticed in the evolution of human perception, and I wanted to know if I was crazy, or if SMIK observed a similarly developing pattern.

It seems, I said, that younger people (just about everyone in the world is younger than SMIK and I, who are both nearly dead) have become so concrete in their thinking -- that they only perceive what is directly laid out for them and have no recognition or time for subtlety.

SMIK gave me one of his "perhaps" nods.

He said that it was a result of the screening-off that people choose to do. Sure, the world is more crowded with people, but they're people who walk out in front of oncoming traffic because they're fixated by staring at little screens and have plugged up the holes in their heads with earbuds.

Everything they want or need is fed to them, right in front of their inattentive faces.

"I have a word for that condition," SMIK said.

I wonder if there's any merit in breaking through the hypnosis of ipodsolated man. It is kind of frustrating, and sad, too, in many ways.

I wonder who the new mutants are.

Do you have kids who don't have earbuds inserted into their relevant holes throughout the day? Or kids who don't stare into tiny Nintendo DS screens for hours on end? That don't play video games or watch the same Blu-Ray movie over and over?

I asked SMIK if he thought this was all a sign of the real Zombie Apocalypse.

But he didn't know what I was talking about.