the sunshine bores the daylights out of me 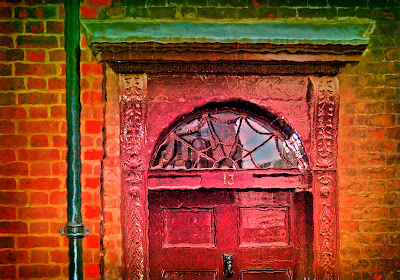 About a month ago, while I was sitting in the San Francisco Airport, waiting to catch my flight back home, I received an email from David Gale, my editor at Simon and Schuster.

The email was his editorial letter, in which he asked questions and sought clarifying details about my first book with Simon and Schuster, Winger, which is scheduled for release in Spring 2013. That's kind of what editorial letters do (at least in my experience).

A couple things: First, despite what you may think, spring of 2013 is not that far off in publishing time.

The other thing is this: I have never, never taken one month to finish a revision. My deadline for the work on Winger was October 1, which I beat by a week, since I finished the revision over the weekend.

I have written before about the process I go through when I get revision letters. It's very much like the Five Stages of Grief, the first of which is the whole "denial" thing.

The first stage in revision for me is pouting.

When I get revision letters, I usually mope and pout, and walk around in a daze asking myself things like why the fuck am I doing this? and shit like that. Not that I have ever gotten a particularly difficult revision assignment, and I have to admit the one from David at S&S was really simple and straightforward. We had spoken before, and I knew what he wanted -- in fact, I knew what any editor was going to ask me about the book.

But when I got David's letter (and the package with the manuscript came to my home a few days later), I was coming back from dropping my young son off at college. So the mopey, pouty period was a bit prolonged before I could get over it and actually put myself into the task.

To really get my head into Winger, though, I had to put aside the book I am wrapping up at the moment. I never talk about WIPs, but this one is literally in the last short chapter. The thing is, the voice, idiomatic expressions, and tone of the two works is so different I could not function.

It was nice to get back inside Winger. It's a fun book. You'll see. It is sad, though, too, and a heck of a good love story.

So I took yesterday off to ease my head back into the LAST CHAPTER of what I've been finishing for what seems like forever, and bracing myself for what will inevitably be a period of mopey pouting.

The revision package for Passenger, the sequel to The Marbury Lens, from Feiwel and Friends, is due to arrive on my doorstep any moment now.

One other thing: two weeks, exactly, from today, Stick will be released.

Do I need to say how freaked out I get right before a book comes out?