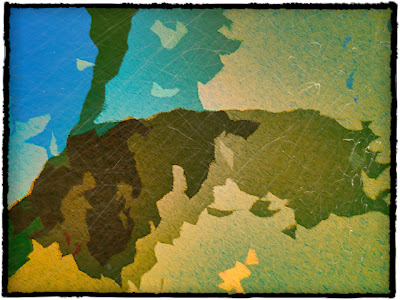 I wrote a book in which all the chapters are titled.

The title from this post is a title from one of the later chapters in this book. So are Davy Crockett and Daniel Boone Never Wore Coonskin Caps and Denny Drayton Has a Gun, Motherfucker.

I wanted to name this blog post  Denny Drayton Has a Gun, Motherfucker, but people sometimes get tense over certain words in the titles of shit.

In the book, but not so much the blog, the titles do contribute meaning to the text. You will have to trust me on that.

I used chapter titles in my second novel, In the Path of Falling Objects, too. In Stick, the chapters are all titled after people that Stark McClellan runs into on his journey.

I recently answered questions for a blog interview by an author named Mina Witteman. Mina lives and writes in Amsterdam, which is in the Netherlands. I have been there many times, and it really is a fantastic place to visit.

Mina is also the RA for SCBWI Netherlands. They are hosting an SCBWI conference in Amsterdam in early November.

I want to go there.

Anyway, Mina asked a lot of really great questions about my books and how I do what I do. In particular, she was interested in the way that music plays a role in my writing. I think she plans on posting the interview sometime before Stick is released, which is just in a matter of days now.

I will definitely post a link when Mina runs the interview. For now, here is a sample -- one question and answer from Mina's upcoming Book Tunes blog:


Stick, your newest novel that is scheduled to appear in October 2011 – a BT review of Stick will be published in October – has only three songs, yet they really have a lot to do with the story. Could you tell us more about that connection?


Well, for one thing, although I do not state this anywhere in the book, the story takes place in 1975. So I wanted to pick songs from that year (or, in the case of Buffalo Springfield's Mr. Soul, one that people would still be listening to in 1975). So I thought It Came Out of the Sky was a funny choice considering the prank the boys play, which makes people think there is a UFO over Seattle. I also like the sound and the feel of David Essex's Rock On, because I could see this song as being a kind of liberating message for Stark and Bosten, the two brothers at the heart of the story.