we travel without seatbelts on 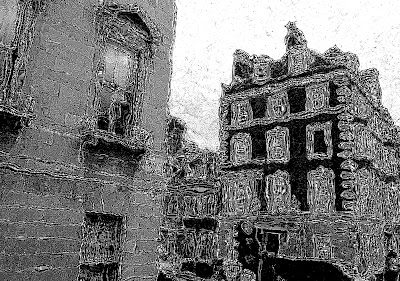 I would like to begin with a haiku, called, "What Boys Think About:"


The end.
Now, let me back up a little. About this whole "YA" thing.

And forgive my descent into philosophy.

If you've read my blog for a while, then you know how I bristle at the thought of "YA." In fact, I hate it. Not that I hate books that are called "YA," or that I hate writing what a lot of people call "YA." I just hate "YA."

Everyone who believes in it has a clear idea in mind of what YA is, does, and looks like. But everyone's YA God is different, and you're going to go to hell for not believing in the right one.

True story: One outraged reader [Side Note: It's funny to me how the handful of "outraged readers" of TML apparently have read the entire thing -- cover to cover -- WTF is up with that?] said something like, What is this? I don't know what this is. This is NOT YA. Because in YA, the main character, who is a teenager, has to undergo some kind of change.

I kid you not. That comment came to me. The same person, by the way, was outraged at the use of the "F word."

Also, the person behind that comment is probably legally insane.

Jack doesn't go through a change??? Holy shit. I don't know where this reader is coming from at all. Well, actually, I do. The change has to be satisfying.

A butterfly is supposed to emerge from the ugly pulsating thing that butterflies emerge from.

Now I get a picture of this particular YA God.

Now, let me tell you about mine:

If you held me down and put a gun to my head [I'm liking this scenario already], and forced me to give up a description of YA, here's what it would be:

It means that there is going to be the consideration of, or experience with, sex and sexual tension, otherwise there is no A following the Y.

Call me an infidel. Tell me I'm going to hell. No big deal. I've been ditched in Phoenix [I'm still bitter about that, can you tell?], so I can handle it.

This was a really long intro.

And I didn't even get to the naughty bits yet. But I needed to establish the "Calculus of YA" in order to explain the necessity of sexuality (in whatever degree) in YA literature.

With that, this will be continued.

[Additional Side Note: I received an interesting and articulate comment on the Tuesday, November 23 post called "and i am nothing of a builder (3)" this morning. And I'm just really wondering if I am insane or something. Maybe this is my Marbury. Oh yeah... I guess that's really what the book was all about. Sigh.]