the kids are all write 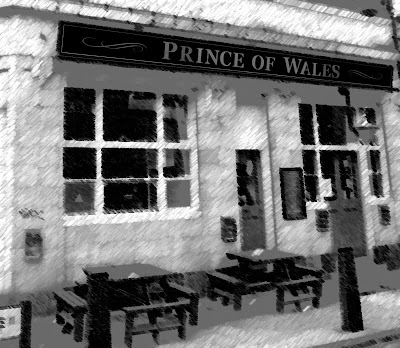 I wanted to clear something up about yesterday's post. I am afraid I may have made some people feel bad who've worked very hard and are very supportive. That wasn't my intention, and I do apologize. But let me be more specific: I don't get excited when my books come out because I find the whole thing to be terrifying. Especially this one. I could be more specific about why, but I'm not going to. It's like being the only kid on the carnival ride who's terror-stricken to the point of death when everyone around him is having a blast.

The blogger Brent Taylor asked me some really good interview questions this week, and I've been spending some time answering them. I'll send them off later today, and I'll post a link here when he puts them on his blog.

One of the things he asked was what was the best part of being a published author (and my answer was obviously not "release week").

But I didn't have to think about that one. I know the best part of being a published author.

The BEST thing: talking to young people who love to read and want to become writers.

That is the BEST thing.

It’s not about hero-worship, it’s about letting kids know that it’s totally okay to want to write, to love doing it, to embrace books and wonder at the magnificence of written human expression. There aren’t too many of us believers left in this country, and the educational system is succeeding at killing the attraction toward creativity, inquisitiveness, and human ingenuity in young people today.

But that's another topic entirely.

Kids: It is okay to want to write, to be creative, to be un-standardized.

Actually, it's better than okay. If the world is going to be saved, it will be the creative, un-standardized young people of today who'll keep our ship from sinking. You may not believe me, but I know this is true.

I coach a group of teen writers. I'm not in charge of them. We sit in a circle and listen to things the kids write, and then we talk about them. Some kids don't want their stuff read aloud (let me tell you how much I can empathize with that feeling), so they'll give it to me to look at away from the group.

I have a lot of reading to do.

But it's a really cool obligation.

One of the problems I had with Teen Read Week, and a lot of the outreach types of programs that well-intentioned writers and publishing professionals do (and all for good reasons, keep in mind) is that they're so prescriptive. They like to tell kids what's good for them. Make lists of what kids should read. Tell schools and libraries how to get kids involved in reading. Tell teachers what kids like. Have grownups come to classrooms and read THEIR books to kids.

I don't like that stuff. Kids have had an awful lot of people telling them "shoulds" and "good for yous" and expecting them to sit quietly and listen to what grownups want kids to want to read and think.

Personally, I'd rather let them show me what they've got.