mom was right, your face will get stuck like that 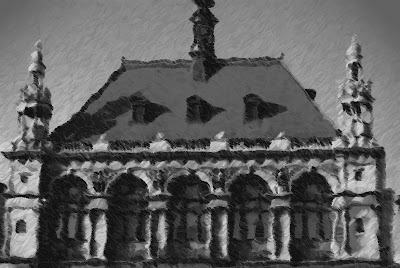 This is the last Tuesday in the world before The Marbury Lens comes out.

So, the other day, Jessica Tedder from Square Fish sent me a box of brand-new paperback copies of my first book, Ghost Medicine. They are set to come out on the same day as The Marbury Lens, which is kind of interesting and weird to me.

Even though Ghost Medicine came out in 2008, just two years ago, looking through the book is kind of like looking at class pictures from when I was a kid. I was thinking about this the other day: how all the books I've written (more than a few) are kind of like snapshots of me from different times.

It's like when you go see a band like the Stones, or U2, and they sing Satisfaction or I Will Follow. I wonder if people like Mick Jagger or Bono feel weird -- like, after all, they are definitely NOT the same people who came up with those songs. They're kind of like parodies of themselves now, who they were -- likely opposites of who they imagined would be singing those words.

Maybe I over-think things. I have a hard time remembering the stuff I wrote in the past, so when I look through the words of something like Ghost Medicine, it really is like I'm hearing someone else talking.

Maybe I should just write the same stuff over and over.

Maybe I should use more exclamation points.

I need to get in touch with my whimsical self.

Whimsy is easily maintained, and doesn't shock you when it revisits in a paper binding two years after you've let it out.

I need to find that.